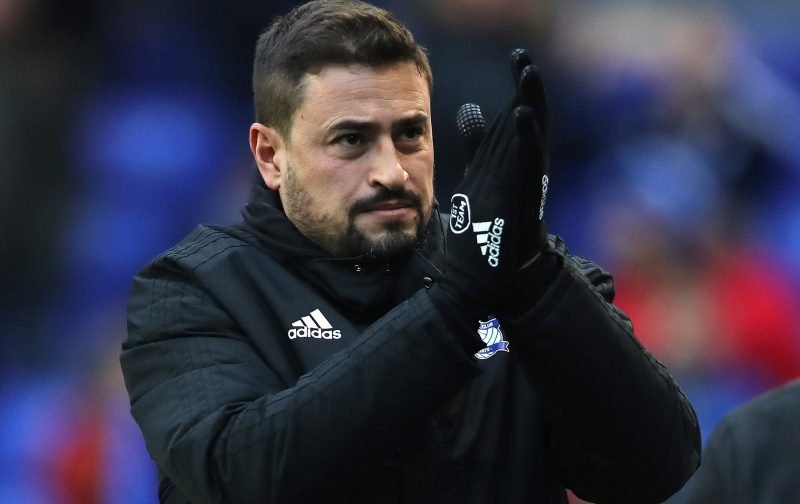 He’s got the right idea, but I don’t think he’s going far enough.

As has become something of a tradition in recent years, much like the League Cup, there will be teams who rest players as they look forward to the league campaign. We saw earlier in the season how Pep Clotet treated the League Cup, when he picked a very much weakened side against Portsmouth, but it looks as if he’s going to be taking a different approach when it comes to the FA Cup.

Speaking ahead of the game with Blackburn, the Spaniard gave an insight into the side that he’ll be putting out, and he said although it isn’t set in stone, that there won’t be too many alterations from the defeat to Wigan Athletic on New Year’s Day:

“We’re still analysing and I can’t say what type of team we are going to have. But we’re not thinking about making wholesale changes. But I’ll also think about the players that will be fresh and need a game as being a good opportunity for them.”

I’ve always been a fan of the FA Cup, and do believe that teams should take it seriously, however I am also a pragmatist and understand the situation the Blues find themselves in now. So with that in mind, I hope that Clotet goes a lot further than just the few tweaks he hopes to implement.

This very much needs to be a weekend where the team and the manager look long-term toward the rest of the season. And given the number of games that have taken place in recent days with the winter congestion, I would give the whole team the week off so that they can rest up for a pretty important game away at Luton next weekend.

Not only will it help the senior players, but it will also give those younger/fringe players the chance to get some crucial minutes under their belts and help their development, that way they can keep in shape for when and if they need to help us later in the season.

Would you play a full-strength side v Coventry in the replay?

So it’s a win-win situation when it comes to the league campaign, even if it does come at the expense of a cup run.