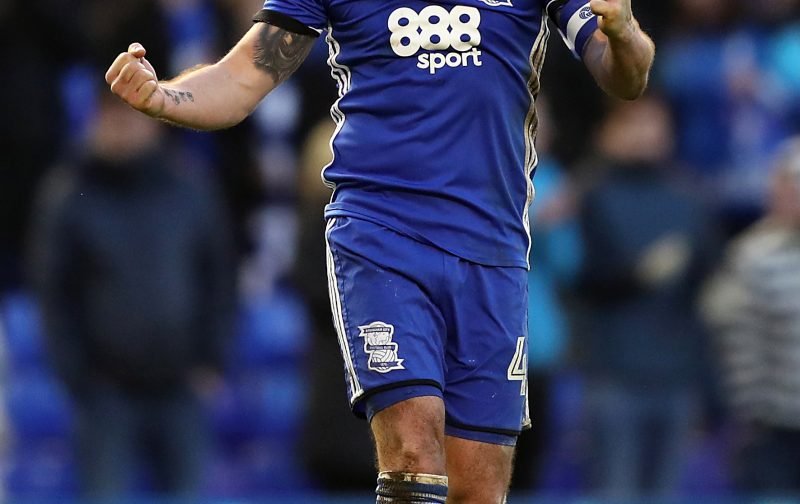 Garry Monk’s decision to recall Paul Robinson to first team duties is a surprising one considering the 39 year old has not seen first team action since mid August.

Our longest serving player had been told to focus on his coaching with the Under 23 side, but it looks as though the manager has decided his wealth of experience is needed in the first team.

It would go too far to say it is a gamble. After all, the likelihood will be he`ll be selected for bench duties once he has completed an intensive fitness programme. Still, it is an interesting decision, and one the gaffer has indicated is based on creating an improved dressing room atmosphere. He told the Birmingham Mail:

‘I think he has experience around the players – and his personality. Of course fitness he is not at the level just yet to be considered for selection but he is very good around, his experience is invaluable. He is a good professional. I felt going forward we need as much as that as possible with all the squad.’

‘He is not quite ready for selection now but he is working really hard at his fitness. He has got the bit between his teeth. We will see in the coming weeks. It could be that he is going to be needed. That`s the whole key, making sure everyone is working together so whoever is needed is ready to come in.’

Having the right mentality is crucial to a relegation fight. The reinstatement of the captain Michael Morrison to the first team also seems to show we are going to rely on experience heading into the last nine games of the season.

Monk is said to pride himself on the little details when it comes to match analysis and team training, and it seems he is also focusing on ways of improving the team spirit.

Having Robbo`s personality in with the squad should provide a boost in terms of confidence and morale if nothing else and having experienced heads around the first team could prove vital when it comes to crucial moments in the weeks to come.

Of course, we will need more than fighting spirit to get us out of this one, but you have to be brave on the ball to win matches when you`re struggling. Playing without fear when there is so much pressure on is very difficult, and I think the more experience you have of these situations, the better. For that reason alone, I think Robinson`s surprise recall is a good idea.