Monk Prepared To Bank On Youth In Birmingham’s Relegation Battle 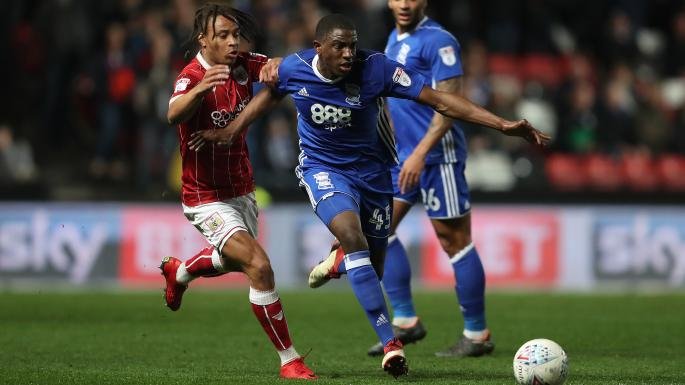 The omission of Jeremie Boga from the bench against Wolves was symbolic of Garry Monk’s selection policy in recent weeks.

The Chelsea loanee could have been a good option from the bench at Molineux, either to play out wide or to support Lukas Jutkiewicz if required, but it’s clear that the Blues boss is favouring youth rather than the players who are on loan at the club.

Instead, Beryly Lubala was given the nod ahead of the Ivorian to provide additional firepower as a substitute. In full back areas, a similar approach has been used with Wes Harding and Josh Cogley edging the likes of Carl Jenkinson and Cohen Bramall out of the matchday squad.

I can see where the manager is coming from by making these selection decisions. Young players are hungry to succeed, and as they have come through the youth ranks, they are very determined to make the breakthrough at senior level to make a name for themselves.

In contrast, loan players like Boga and Bramall may also be young, but they don’t have a long-term stake in what happens to the football club.

Particularly in times of difficulty when the team is fighting against relegation, there could arguably be a lack of fire from such players to really dig in and help the cause when they know they’ll be heading back to their parent teams anyway.

That’s not to question our loan player’s character to work hard for the team, but for homegrown talent, playing at St Andrews just means just that bit more to them.

It isn’t the only reason why Monk is selecting players like Harding either. Wes has shown he has what it takes to make it in the Championship going by the performances he has put in since his first start in the league against Hull.

He is in the team on merit, and it’s great to see. Hopefully, the likes of Lubala and others like Odin Bailey also have what it takes to make the breakthrough. The club has a history of developing young talent and long may it continue.