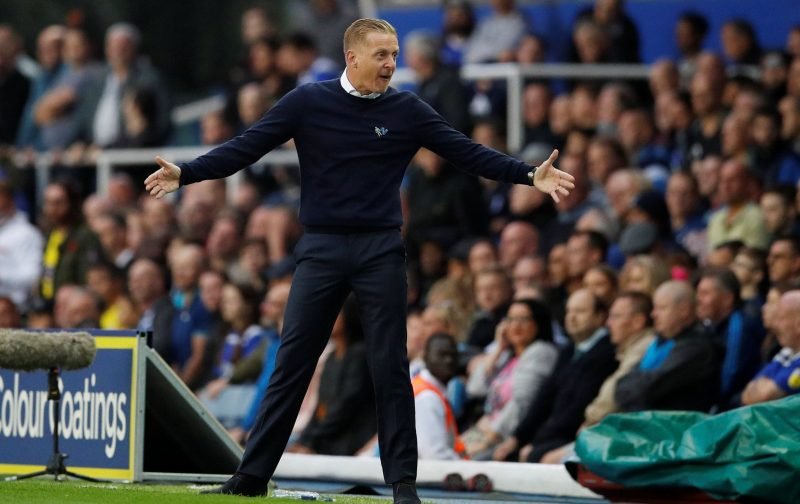 Birmingham City boss Garry Monk has confirmed he will look to appeal the red card given to midfielder Maikel Kieftenbeld in Tuesday night’s 1-1 draw away at Brentford.

Monk will look to appeal the decision prior to Blues’ home game with Rotherham on Saturday, after he was also sent to the stands after venting his frustration at the officials after seeing his side go down to 10 men.

“I thought he was going to book their player, so to see the red card was a shock,” Monk said on the red card.

“It was a coming together, or a brush together, it didn’t warrant the theatrics for sure. It was one hundred per cent not a sending off. If anything the player should have been booked for feigning that injury.”

The Blues boss was pleased with his side’s showing after the red card incident and felt they did themselves and the shirt proud.

“Obviously, we felt aggrieved at that (red card incident), to then go on and play 25 minutes with ten men, I have said it all along, these players are giving everything.

“They are an absolute credit to the shirt and the club, you can see that the way our fans are behind them.

“We have trained on scenarios with ten men and they followed that to the letter.

“All in all, we are on the right path, we are doing the right things.

“It’s seven games unbeaten, you can never underestimate unbeaten runs, it gives you confidence and we know we are small margins from getting on runs of wins.”

It was a well-deserved point for the Blues last night in what was a very hard-fought game in the end, and I think once again, Garry Monk’s words articulate the thoughts of most fans.

Yes, it’s another draw, but given the circumstances of it and what was thrown at us in the game, the players did superbly. Yes, we had great chances in the first-half that could’ve changed proceedings if scored, however, the players are giving their all, and as Monk said, they’re being an absolute credit to the shirt.

As for the red card, I believe Monk’s interpretation is correct, it was barely a coming together. Neal Maupay’s play-acting in this incident, and in a later one with Harlee Dean, was nothing short of disgraceful.

As co-editor Ryan said in his post-match thoughts, with the referee having given Kieftenbeld a red card and having booked and given a free-kick against Harlee Dean for the incidents with Maupay, he was actively encouraging Maupay’s embarrassing antics.

I certainly hope to be seeing Kieftenbeld in the squad on Saturday. Let’s hope the EFL see sense and rescind the red card given to the Dutch midfielder (and punish Maupay!).