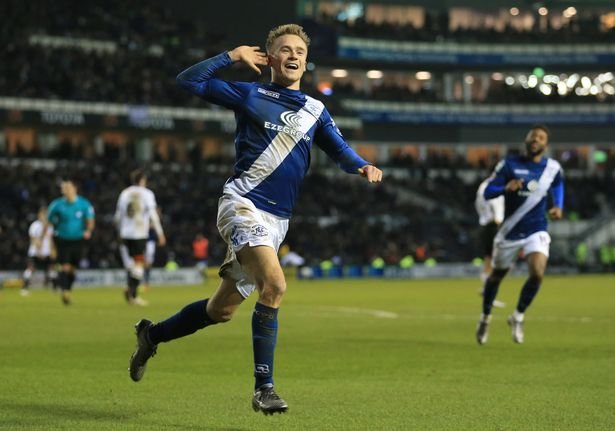 It was a bit different to the more free-flowing display against Hull a couple of weeks, but the scrappy three points against Ipswich was just as satisfying.

What really stood out for me was the midfield pairing of Kieftenbeld and Davis. Before the game I did fear that we would be overrun in central midfield with Mick McCarthy’s men lining up in a 3-5-2, however the pair’s work rate meant that was never allowed to happen.

Neither are going to offer the best quality in the final third of the pitch, but that is not necessarily the most important thing for us in this relegation fight. Teamwork and work rate are perhaps more highly prized, especially when you are outnumbered in the middle of the park.

Monk, however, trusted them to do the dirty work, and they duly obliged. Not only did they keep things solid, it allowed the manager to keep faith with his favoured 4-4-2.

With only wing backs to contend with on the flanks, it offered us more threat in wide areas, and Jacque Maghoma made the most of his opportunity. Some dazzling feet and good footwork meant he was a constant menace, and it resulted in getting us the crucial penalty.

From Saturday’s display, it would be hard to argue against keeping the Kieftenbeld/Davis pairing after Craig Gardner’s return from injury. Our no.26, in particular, has had to wait for his chance to impress the new manager after having spent a fair length of time on the treatment table since the derby.

Yet, he came back into the starting line up and put in an excellent display, and it would certainly be difficult to leave him out for tomorrow’s game against Bolton.

Who was your man of the match against the Tractor Boys?