With the club having decided that both David Stockdale and Tomasz Kuszczak are surplus to requirements this summer, it has been surprising how few keepers we have been linked with as possible replacements.

FC Ingolstadt’s Orjan Nyland has been tipped as a potential target by the Birmingham Mail, while Alex Smithies was rumoured to be a possible option before his transfer to Cardiff City was confirmed.

With that being the case, I was thinking of some other possible alternatives that Garry Monk could go after. Liverpool goalkeeper Danny Ward seemed like a pretty decent shout so I put it to the vote, and it seems a lot of fans agree with my view on the 25-year-old: 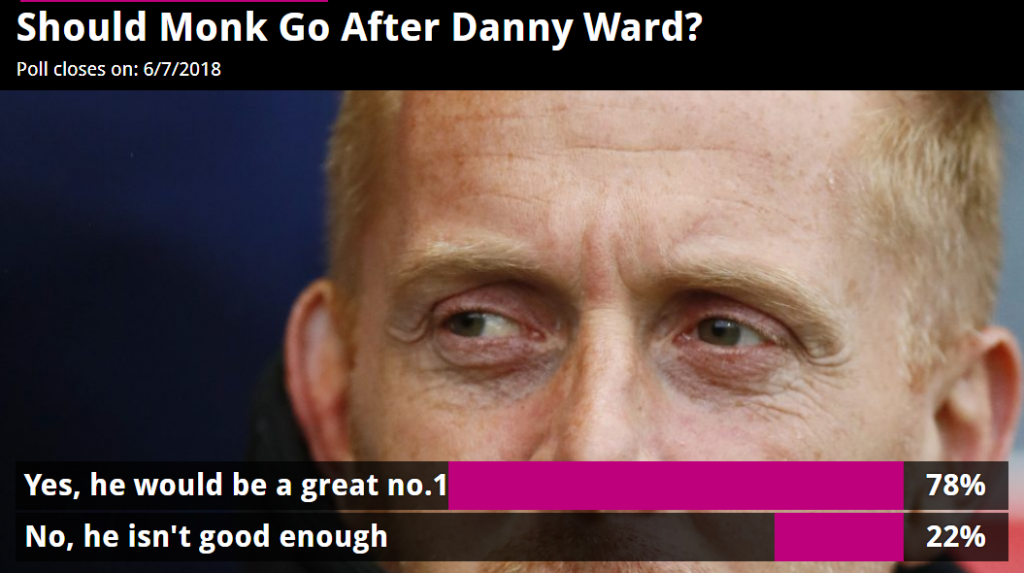 It will be interesting to see who we finally go after in terms of a new number one. Perhaps we’ll have to get either Stockdale or Kuszczak off the books first before that happens but a move for the former Huddersfield loanee is something that could prove popular among the fanbase.

What do you think? Should we go after Ward, or would you prefer us to go after a different keeper? Let me know.