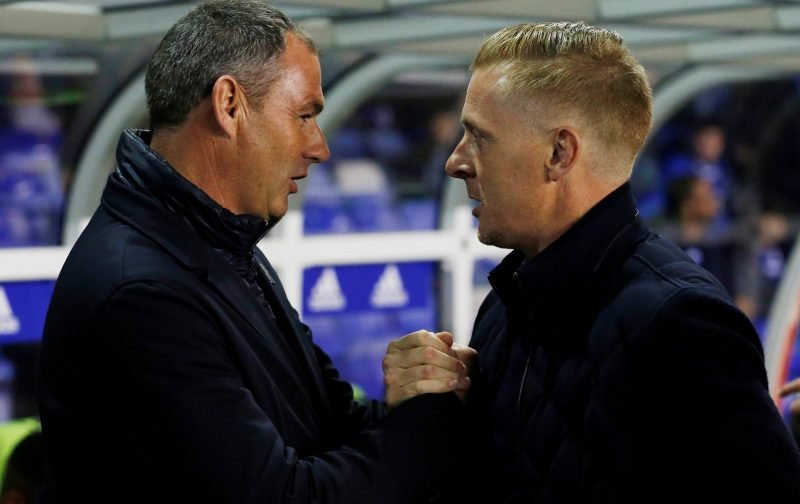 Another game, another three points. Celebrating wins is starting to become a bit of a habit for us Blues, and long may it continue. We’ve had some tough times as of late, but we’re coming out the other side – and fast.

We picked up our third successive win on Tuesday night against Reading, with the Royals falling to a 2-1 loss against our Blues.

It was a decent performance full of quality and fluidity, and even more importantly, it was produced by a group of very hard working individuals, and they should be very proud of the display they put in.

After the game, though, it’s not the players that are gaining the attention of most Blues online. Instead, their minds are firmly focused on a certain Garry Monk. Monk is the most popular manager Birmingham have had in years, and with good reason.

Fantastic third win on the bounce, really happy for the boys. Thanks for coming out in your numbers to again give us the St. Andrew’s factor! #KRO

It’s fair to say that if Brum keep winning, Monk will keep getting some much-deserved praise.

Just loving everything you @pepclotet @1jamesbeattie and everyone at @BCFC are doing. You've given us belief back. It's been a while since we have witnessed such team spirit and commitment – long may it continue #KRO #BCFC #SOTV

No, thankyou Boss! You have turned this team around

Your most welcome Garry monk.your a legend mate the best manager by miles in https://t.co/zJXbUr7NLu have everything to offer keep right on forwards we go

Garry Monks blue army! Absolutely buzzing to be a bluenose right now! We’ve suffered long enough and now thanks to you, your team and the boys we have something to cheer about! Come on you blues!!!!

Whatever happens between now and the rest of thee season you have our support. Its refreshing to see the unity of the club

Well done Garry & the boys, it’s great to us in the top half of the table. KRO

Your doing a great job keep up the great work kro