LOAN WATCH: Young defender helps loan side to another win 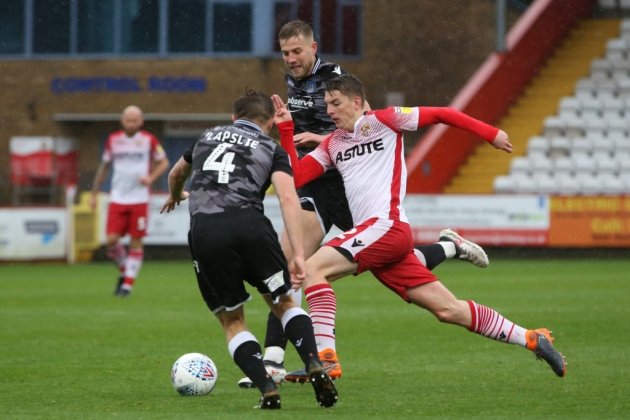 Birmingham City defender Steve Seddon won a penalty as he helped his loan side, Stevenage, to a 3-1 win against Colchester United in League Two.

Seddon once again played the full 90 minutes, making his seventh appearance for the Boro, as they moved up to fifth in the League Two table after they won their fourth game from their last six.

The 20-year-old is on loan with Dino Maamria’s side until January.

In the National League, it was a first loss in five games for duo Corey O’Keeffe and Luke Maxwell as they experienced defeat with Solihull Moors, losing 2-0 away at Barnet.

O’Keeffe started the game in what was his 10th appearance for the Moors, and was replaced in the 67th minute by Maxwell. It was Maxwell’s 11th appearance for Tim Flowers’ side, and he has also scored two goals in his loan spell so far.

Lower down the non-league ladder, young goalkeeper Michael Luyambula made his debut for National League South side Hungerford Town. It, however, was not a debut to remember for the 19-year-old, as the Crusaders went down 2-1 at home to Wealdstone in the FA Cup third qualifying round.

Luyambula joined Hungerford on Friday, joining fellow Blues stopper Jake Weaver at Bulpit Lane, however, Weaver was cup-tied for Saturday’s fixture due to the terms made by Blues as part of his loan deal.

Elsewhere, winger Greg Stewart missed a penalty in for Kilmarnock at the weekend but was still able to help Steve Clarke’s side to a 2-1 win away at Dundee. Killie have now won three games in a row and sit in third place in the Scottish Premier League.

Stewart joined Kilmarnock in August 2018 on a season-long loan and has scored an impressive three goals in five games.

Cheikh N’Doye also made his eighth appearance for Ligue One side Angers over the weekend, as they drew 2-2 at home with Strasbourg.