Lots of Blues fans have been reacting to some incredible footage that the club posted yesterday.

They seem to be ramping up the Europa League nostalgia in recent days. Almost as if they’re going that extra mile to keep us happy whilst there is no football going on. Although there is a little bit of Bullseye amongst it as well, ‘have a look at what you could have won’. Either way, I’m glad they’re doing it, especially when it’s goals like this.

Yesterday the club dedicated their ‘moment of the day’ to Nathan Redmond’s goal against Nacional from the 2010/11 Europa League season. It was his first goal for the club, and boy did he make it a special one as he opened the scoring in a 3-0 win for the Blues.

Should we have kept hold of Redmond? 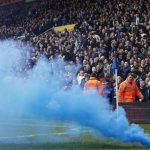 Shame his career kind of stagnated, worse than Gray imo

The lad has gone onto become a decent player to say the least. He'd be even better if he was still in the royal blue, mind.

Remember this moment, swear you promised you’d do the dougie for your first goal but got caught up in the moment too much 😂

Listen to the noise. Everyone knew something was about to happen as he skipped past the defender/Midfielder!

One day mate,you'll be back where you belong 😉

And with only 45 goals in 366 career games, they might have a point there.