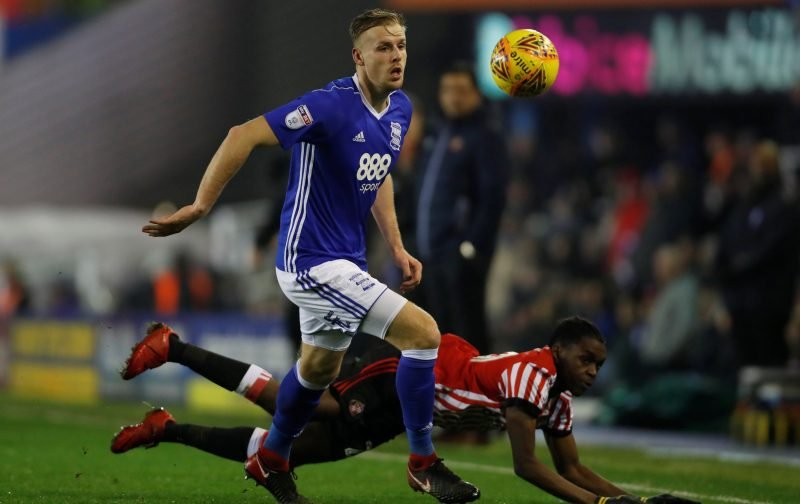 Marc Roberts may have played 33 games in all competitions this campaign, but I think it’s fair that his first season at the club hasn’t really gone to plan.

After being pursued by Premier League side Burnley in January 2017, it looked a bit of a coup when we signed for £3.5m back in July, and yet the 63 goals we have conceded is just one off the number we let in for the whole of last season.

With Harlee Dean suspended for tomorrow’s crucial clash against Sheffield United, the 27-year-old will be reinstated to the starting line up, despite not having made a start under Garry Monk so far.

The Blues boss said it’s not because he doesn’t rate the defender, but because Dean and Michael Morrison’s partnership at centre-half has been pretty good for the most part:

“When I came in here I had one day to pick the back pairing and I went with Morro and Harlee. Roberts was unlucky because he’s a good player.”

“The three of them have been fighting for it week in and week out and the fact that Harlee and Morro have been quite consistent in their pairing and done very well and have managed to keep that pairing together.”

To some extent that is true, the three clean sheets in a row against Hull, Ipswich and Bolton demonstrated an improvement in defensive solidity. Yet, against those clubs fighting for promotion, our backline hasn’t looked as sturdy.

Three goals conceded at Cardiff, three at Bristol and another two at Wolves.  Some of that is down to how the team has been set up. We have gone out to attack with two up top, and for the most part that has worked for us.

However, our no.4 has yet to really play in the 4-4-2 system under Monk, barring a few substitute appearances. Under Cotterill, he played mostly in front of a midfield five, and even then he was part of the team that conceded five at Brentford, and scored an own goal to boot.

How he copes with less protection against the Blades will be a real test for the defender. Chris Wilder’s side will be determined to get the three points to keep their playoff ambitions alive, and with us needing a win as well, I predict an open game. Hopefully Marc is up to the challenge.