Jeremie Bela’s words offer a lot of positivity, but they come with a warning – Opinion

It was a pretty difficult road, but he made it to the end eventually.

Jeremie Bela signed for Birmingham City at the start of the month, having initially been slated to join in the summer, but a contract dispute with his former club Albacete put a few stumbling blocks in the way of that move, but he was allowed to make his debut before the international break as he came on as a substitute against Fulham.

Speaking to Birmingham Live, Bela spoke about what exactly made him want to join the Blues, and just what the Blues fans can expect from him going forward:

“I love the new challenge and discovering a different mentality of football. I’m a globetrotter. It’s for me. I didn’t come here because of any problems. In Spain everything I was nice, but I wanted a new challenge as a person and as a football player. I can offer speed, technical [ability] and I can score goals and make assists. I will give my best. Even if I’m not the best player, I will always give my best the whole game. The most important thing for me is the team wins. I want to make the fans happy.”

What comes across in this interview is just how much a move like this means to him, but not only that, but how much he understands the challenges that he’s going to face during his time here, so I can only give him credit for having such a smart head on his shoulders.

And it’s those last few sentences that really strike out at me, because those are the kind of words I want to be hearing from every single player going forward this season. He speaks about how he isn’t really in it for himself, and how he’ll be happy so long as the team wins, which is a great attitude to have.

I will just say this about him, he needs to be a little bit careful with how he approaches that when it comes to games, because he needs to be able to back them up with tangible results such as goals and assists. 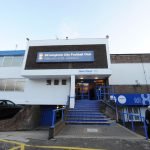 Whilst he might be able to slip under the radar if the team starts winning games, if the team goes on a losing streak, the fans are going to want someone to blame, and if he isn’t backing it up by contributing, he could very easily become a scapegoat for the team and end up with fans turning against him.