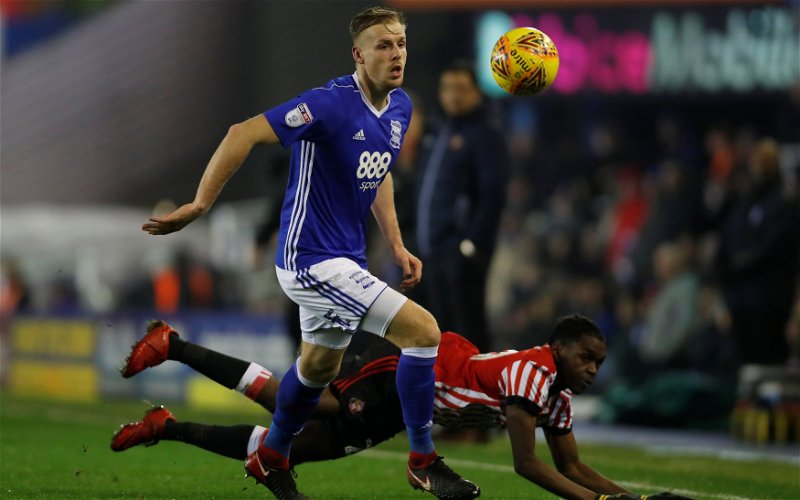 A change, but not necessarily for the good.

That seemed to be the message that Blues defender Marc Roberts wanted to get across when talking about the prospect of playing games behind closed doors.

Speaking to the club’s in house media channel BluesTV, Roberts spoke about the big difference that he, the Blues and the rest of the league are going to have to get used to when football returns, something that could be the case until 2021:

“I was looking forward to football being back even on the telly, and I watched the German league, it was rubbish. Football’s nothing without fans really, I watched that game I think it was Borussia Dortmund and it just wasn’t great to watch. It’s just difficult to imagine playing for a length of time without fans. I don’t know what that’ll do if it relates onto the pitch or not the last 10 or 20 minutes when you need a bit of a push.”

Will the whole of the 2020/21 season be played behind closed doors?

Whilst there are alternatives out there, like for some places in America are working on an idea that will allow a certain number of fans to enter stadiums as a happy medium between ensuring fans can watch games live whilst also keeping up with the health concerns.

But the fact is that this is going to be something that effects everyone, rather than just one or two clubs, so the effect is going to be the same for everyone, so I don’t want to hear it being used as some form of excuse if things don’t go perfectly for the Blues or indeed any other club that doesn’t see results go their way when and if football does come back.

What about you? Do you agree with Roberts’ comments on the matter?