Much improved, but still not maximising full potential – here is one area that needs improvement: Opinion 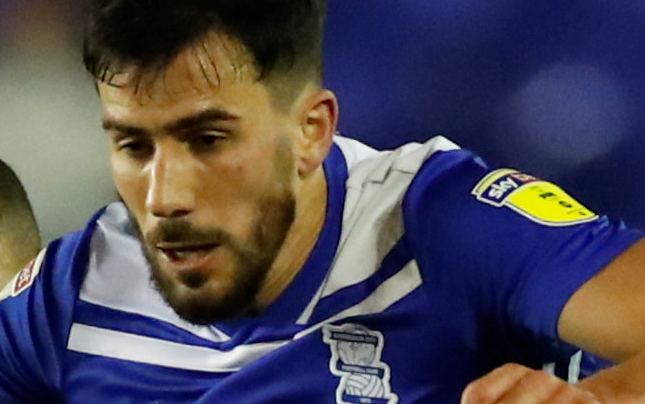 As Pep Clotet searches for ways to boost his sides consistency and address the obvious lack of structured creativity and cutting edge, he may need to seek more from various parts of the Blues team.

Though looking much improved and full of energy in the victory over a somewhat disjointed Middlesbrough, with their system working by and large, small tweaks are still required to maximise their potential.

City have plenty of solid, experienced Championship players, but are struggling to find a blend which allows the team to attack with quality alongside the competent defensive side to their game.

Many different approaches have been mentioned, while supporters have urged Clotet to replace some underperforming personnel in recent weeks as City have encountered a run of mixed performances and many disappointing results.

One area where improvement, from an attacking perspective, could perhaps be made is in the full-back positions – especially in Clotet’s preferred narrow midfield set up of late.

Danish left-back Kristian Pedersen and French right-back Maxime Colin have, by and large, occupied City’s wide defensive positions this season, and while both are good defenders and are more than willing to offer width, their ability going forward is maybe a little limited in comparison to others of their position playing in the second tier.

With City being so narrow, it would be ideal if they could provide more accurate crosses from wide for all their endeavours and forward impetus, and offer better quality and reliability from the good positions they find themselves in. This would provide an improved avenue of supply to the frontmen, in particular Lukas Jutkiewicz whose physical attributes thrive from wide deliveries, and allow teammates to play off him in attacking areas.

There doesn’t seem any great competition for the aforementioned full-back pairing in the current City squad, and Clotet’s options for change here is limited.

Perhaps, with the lack of options, a change of shape all-together is required to improve the standard (in terms of being more decisive) at St Andrews and find players more clinically in attacking positions. Performances can best be described as mixed and inconsistent, ranging from abject to proactive. City always look competitive and willing, but it’s a results business – and (though they deservedly beat a poor Middlesbrough side on Friday night) Blues aren’t getting them with any regularity at the moment.

It may be managerial instructions that are inhibiting the attacking edge of their game. However, it’s more likely to be player limitations alongside budget restrictions resulting in a lack of options for Clotet to mix up his side and add a touch of class in some areas of necessity.

The immediate pressure has been lifted following Friday’s victory, and the manager clearly has the trust of his players. One way or another though, the Spaniard must find a way for his team to hurt the opposition more consistently, convert attacking dominance more ruthlessly and take the pressure of his defenders and goalkeeper.

Urging the same forward drive and energy from full-back areas, with an improved ‘final product’ is something that could hugely benefit his side.