“I just picked the best one”: Clotet hints at further rotation at key position – Report 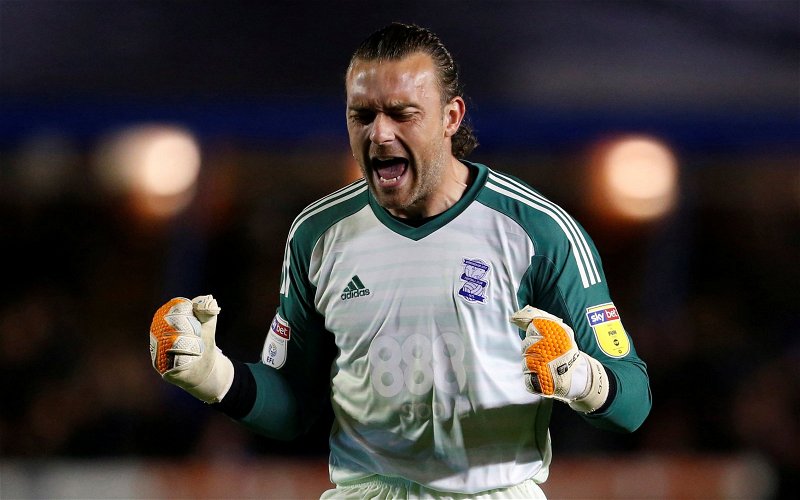 It’s time for one of my favourite subjects.

You really didn’t think I was going to let this story pass me by did you?

When the teams were announced for the Luton Town game on the weekend, there was one very obvious change that had taken place. Having been in the starting eleven since late November, Connal Trueman was dropped to the bench and replaced with Lee Camp.

However, it seems as though it wasn’t anything to do with what Trueman did wrong in the preceding weeks, rather there was one area that Blues boss Pep Clotet believed put him head and shoulders above the 23-year-old.

Speaking after the game, the Spaniard said that Camp’s performance against Blackburn Rovers in the FA Cup showed him that he deserved to have another go in the first team:

“When Connal came on he did a good job, he got himself a lot of experience in the Championship and got a lot of games. When it came to being away from home…I thought Campy the other day (against Blackburn) managed to control the defence very well and that he deserved to keep playing at Luton. That doesn’t mean that I don’t trust Connal I just picked the best one for Luton. Connal’s time will come again in his Blues career.”

My only concern about this, is that it looks like there’s potential for Trueman to be thrown back into the team later in the season. I have said before when he first came into the team that we needed a lot more stability at the position and that constant changes would not be good for him, and I hold that same concern with this.

It’s fine to throw in Camp for one game in the cup, given the amount of rotation that takes place, it makes sense to do so as a one-off, but Clotet is basically insinuating that he plans to chop and change again in the future depending on the opponent, and that just doesn’t sit right with me.

Will Camp stay in goal for the rest of the season now?

Once he made the change to go with Trueman, that should have been that, and I just hope that the next time that Camp decides to change goalkeeper, he does so for good rather than just another one or two games.