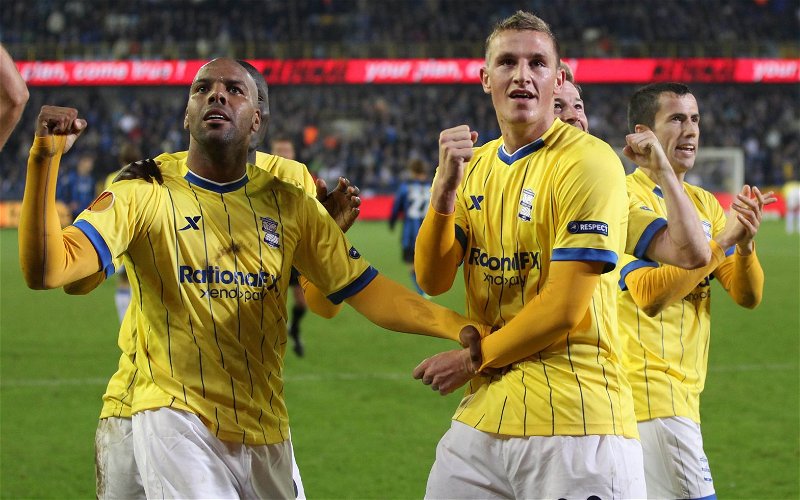 Lots of Blues fans have been getting emotional about a throwback tweet that the club posted.

It’s certainly a reminder of better days at St Andrew’s.

Even though we were in the Championship, our League Cup victory the season before allowed us to compete in the following season’s Europa League, and even though we didn’t get out of the group stage, we gave it a good go and we got some good memories out of it, like this one for example.

The club posted yet another throwback tweet yesterday, this time to Chris Wood’s dramatic winner away to Club Brugge deep into stoppage time.

Will the Blues play in Europe again?

And it left a section of the fanbase feeling rather delirious as they looked back on the memory of not just that match, but playing in Europe in general as they flocked to social media to share their thoughts.

What a trip that was!

10 points in the group stages well. Most seasons that would see us through to the knock out stages. 2011/12 the club was going belly up off the pitch but on it, Hughton was doing an amazing job.

Top night. Great to be there

I wonder how long it’s going to be until we get to taste European football again?