How YOU rated the players as Blues get that first win 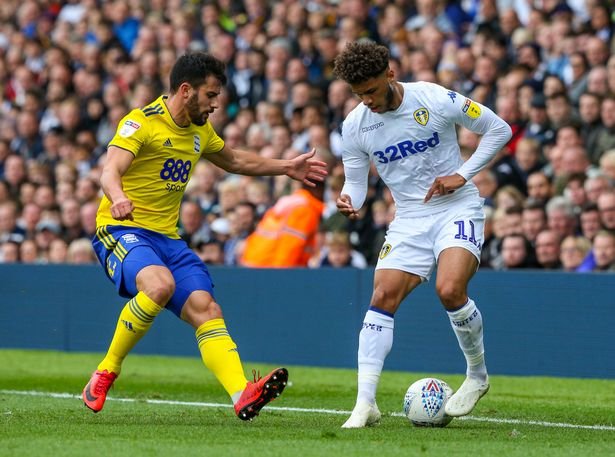 Birmingham City finally secured their first win of the season. After a start to the season that has been full of strong hard-working performances, Garry Monk’s side finally get their reward.

As the stats suggested, it wasn’t easy. Leeds United, as expected, were going to be an incredible test for this Blues team. After all, they sit top of the Championship table and hadn’t lost a game prior to Saturday. But two goals from Che Adams saw Blues upset the odds and get their first win of the campaign.

To have not won any of the first eight games and then beat top of the league… that’s typical Blues.

Here’s how you rated the players after Saturday’s win along with our view on the player’s performances from the game:

Our View: After a solid outing in midweek against Sheffield United, Camp followed it up with a very good display on Saturday, which included a key save in stoppage time, helping Blues to victory. While it won’t allay the fears of all the doubters (including myself), it will have done him a lot of favours.

Our View: As I said after Wednesday’s draw at Sheffield United, Harlee Dean has definitely been one of the Blues’ most consistent performers this season. And again, his partnership with Michael Morrison, in the heart of the Blues defence, has been one of the biggest positives of the season so far. Another excellent display for the former Brentford man.

Our View: Another solid display for the Danish defender. His growth has been positive and he’s showing himself to have been a good spot by Blues boss Garry Monk.

Our View: An excellent display from Colin. The Frenchman has been a key player for Blues this season and once again showed how solid and dependable he is.

Our View: Another very good performance for the Blues captain. Won all of his battles and once again led the team by example in the gritty win.

Our View: The youngster was given another chance to impress despite the return to fitness of Maikel Kieftenbeld and once again he put in a solid performance. The game was more about his off the ball work rather than his work on it, but the 19-year-old showed maturity and a good positional awareness to help Blues to that first win.

Our View: Like with Lakin, the game ending up being more about Gardner’s off the ball work rather than his work on it. However, his off the ball work was very good. He was unfortunately replaced due to injury before the hour mark, but here’s hoping the issue doesn’t keep him out for long.

Our View: After a poor display against Sheffield United, Maghoma looked a little more himself at Elland Road. While he wasn’t allowed to give us too much going forward, he worked hard to support his team defensively, which he was somewhat lax with in midweek.

Our View: Like Maghoma, he worked very hard in the game to support the team defensively, but also showed some attacking threat in the few times he was given the chance.

Our View: After an anonymous display against his former club Sheffield United in midweek, a lot of Blues fans were calling for the 22-year-old to be dropped. Garry Monk kept faith with Adams and the striker repaid the faith with a match-winning display. His two goals could be a catalyst to really kick-start Blues’ season.

Our View: Another battling performance by Jutkiewicz. Found it tough at times against the solid Leeds defensive pairing of Pontus Jansson and Liam Cooper, but still won a number of battles and did his bit in the win.

Our View: After missing the Sheffield United draw due to injury, Kieftenbeld returned as a substitute, replacing Gary Gardner just before the hour mark. A typical display from the Dutchman, hard-working and as usual showed himself up for battle.

Our View: Replaced Jutkiewicz inside the final 10 minutes. Did what he needed to and put himself about.

What were your thoughts on the player’s performances against Leeds United? Let us know your thoughts in the comments section below…