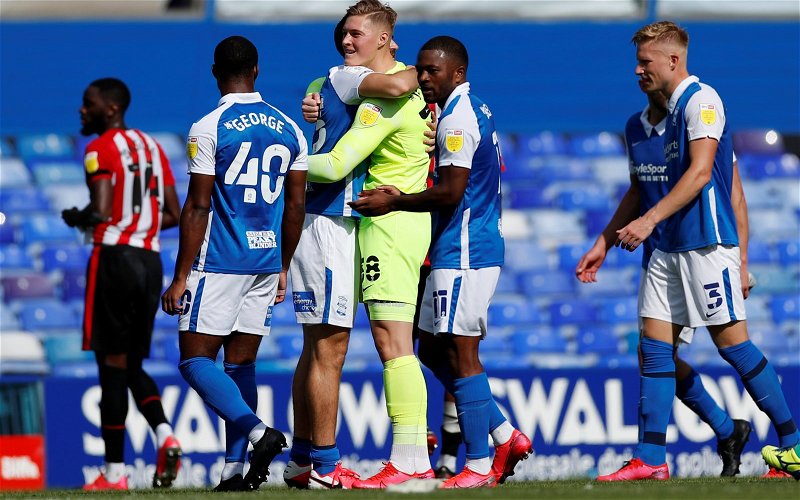 I hope he doesn’t think all games are going to be like this.

So in a week in which we added a new goalkeeper in the form of Neil Etheridge, and just a few weeks on from us signing Andres Prieto, it turns out we didn’t really need either of them, we had our goalkeeper solution right in front of us the whole time.

I’m kidding of course, but seriously what a performance from young Zach Jeacock in his Championship debut as Blues managed to get three points against Brentford at St Andrew’s. The visitors were restricted to just four shots on target throughout the contest, but the 19-year-old didn’t look out of place, with The Times going so far as calling his performance ‘stellar’.

The problem now of course will be maintaining his place in the team, and when/if he does, keeping things to that level, as BBC West Midlands’ Richard Wilford summarised on social media after the game:

Nice clean sheet for Zach – gave a smart interview afterwards too. He’ll no doubt be kept waiting for more chances, but he’s set the bar high for himself.

It certainly might throw a bit of a spanner into the works for Aitor Karanka if he does keep this up going forward. All I know is that the battle for the number one spot at St Andrew’s just got a lot more interesting.