Finally, Marc Roberts looked like the defender Blues thought they were signing 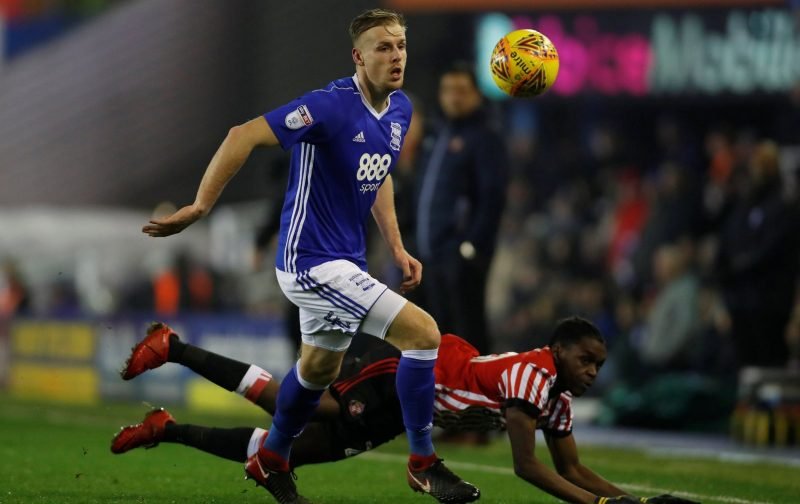 When Marc Roberts says he is disappointed in his own form, it’s hard to disagree. Since signing from Barnsley in the summer for £3.5m, the defender has struggled to hit the levels he managed at Oakwell.

Back then, Roberts was Barnsley’s captain and there was a great belief that Blues were signing a competent Championship defender.

“I have been nowhere near my standards”, preached the 27-year-old after Saturday’s win over Sheffield United in which goal levelled the scores. He’s right. When Harry Redknapp first bought Roberts to the club, he ‘assured’ Blues fans that he had signed a ‘fantastic defender, one of the best in the division’.

What we have witnessed so far is an inconsistency which has cost him his place in the first team – only won back due to Harlee Dean’s suspension.

But this is the part where I am going to leap to his defence. Under Redknapp, Roberts was playing as a left-sided centre-back which, given he is predominantly right-footed, can cause problems.

Roberts wasn’t given enough time to adapt to playing on the opposite side of his comfort zone. By the time Steve Cotterill took over, Roberts was struggling as much as the team – completely sapped of confidence.

On Saturday, we saw a defender who not only defended well but showed his distribution capabilities. Rather than the long punt which Roberts had become accustomed to (by choice or under Cotterill’s instruction?) he was calm in possession and stuck to Garry Monk’s ethos of playing out from the back.

After falling behind, Roberts’ goal restored parity and offered Blues a platform to go on and win the game. His contribution was much more than a goal though. His defending was solid, his positional play mature and his partnership with Michael Morrison looked assured.

Monk said his selection was merited as he has ‘enjoyed working with him’ and he believes he is ‘a good player’.

In a nutshell, Roberts looked like the player Blues thought they were signing. Of course, this was only one performance in one game. But given the time to improve, he could become an important member of the team.