“Don’t get the hate”, “Get him in pronto” – Many Blues fans desperate for club to complete deal

Looks like everyone has their price when it comes to how much they’re willing to hate their arch-rivals.

And for these fans the opportunity to score a few goals appears to be enough to do the trick, and in all honesty, I can’t really blame them.

According to reports, Birmingham City are set to head to the northern end of the A38 in their latest attempts to get some more goals in the team as they look set to bring in Scott Hogan from Aston Villa. The 27-year-old has spent the first half of the season on loan at Stoke City but has found game time hard to come by, only starting four of the Potters’ games so far.

It wouldn’t be the first time that someone has made the move across the second city, and if the move were to be completed, it seems as if he’d be warmly received by many at St Andrew’s.

Fairly decent stats for the championship. Let’s give him 6 months and see what he can do.

If that’s our only option then why not, we need a goal scorer..

Don’t get the hate ? Just because he’s a Villa player ? He’s a good player and would fit in our current squad well.

Don’t care what anyone says. The position we’re in I’ll definitely take him

Get him in pronto

If the wages issue isn’t too much of an issue I think this would be a good signing. Had a decent record at Brentford

He’ll be wearing a blues shirt so lets welcome the bloke and give him a chance…I reckon if anyone can, Juke will bring the best out of him 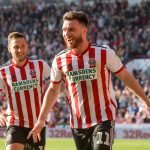 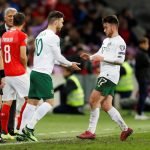 And I suppose if he turns out to be the solution that the Blues have been looking for in front of goal, then all the business of who we got him from will probably get washed away soon enough.