Does Karanka Fuel A Season Of Success For Battle Weary Bluenoses 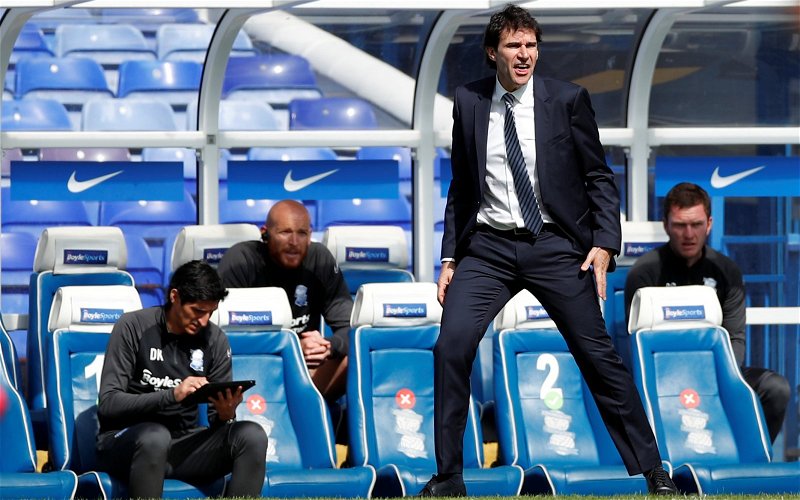 After many seasons of anguish and false hope for thousands of battle weary Birmingham City supporters – does this season really feel different?

My gut feeling is yes.

Aitkor Karanka is certainly not unique, nor wildly exceptional, in terms of footballing success but he has a strong respect in footballing circles that can only help in his quest for Blues to be one of a number of Championship clubs fighting for the top flight. Players so far signed by Karanka have been generally welcomed by supporters, confirming trust in his decisions and rightfully so – emphasising yet again how we Bluenoses always back whoever takes over the reins.

Reactions to Karanka’s Spanish incomers have raised a few eyebrows with ‘here we go again’ and painful reminders of recent times emerge, but the feeling I get generally is that this new Manager knows what he is doing. We dearly hope so.

Rotherham on Saturday is a good test as to how we can now deal with ‘golden opportunities’ to really cement top six positions in the table. Recent seasons have shown how incapable we have become in dealing with the lesser clubs at St.Andrews. Three points from this game and we are in a good place.

What I am looking for, not only with the new players and what they can bring to the table, but the improvement under Karanka of our seasoned one’s, particularly Harlee Dean, Maxime Colin and Pedersen. These three along with George Friend should handle most dangers thrown at them and likewise provide an attacking threat when opportunities arrive.

This continues to be a new season where anything can happen, particularly in this current state of wretched health worries for everyone, so in some small measure, Aitkor Karanka and his squad of chosen players, could just turn B9 into a happy oasis and hopefully a season to remember.