Do Birmingham say cheerio or goodbye with 25-year-old striker? – Report 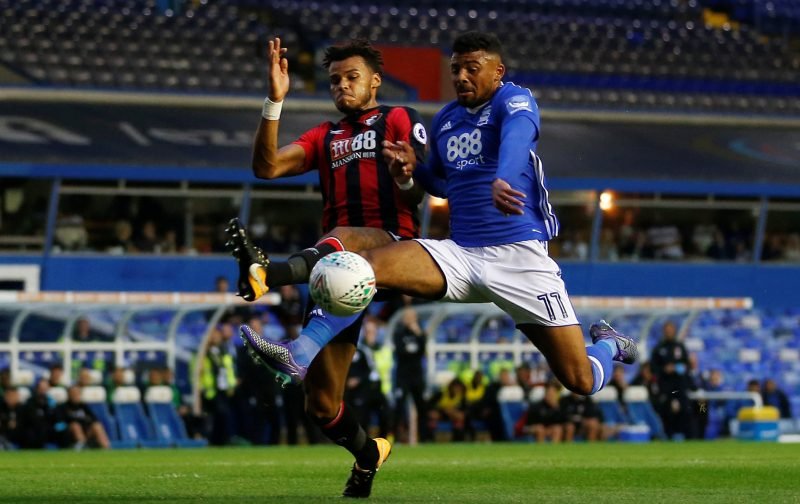 How do you solve a problem like Isaac Vassell?

Actually, that might be a tad harsh to call him a problem, but the situation that surrounds him is certainly proving to be one. A report from back in July by Alan Nixon, said that the Blues were looking to loan out Vassell when they had brought in another striker, with his former club Luton Town seemingly the most likely destination.

However those plans have apparently hit a bit of a rocky patch because, again according to Nixon, Swansea City have joined the race to sign him. The key difference here is that the Welsh side look set to try and buy the 25-year-old outright whereas Luton Town are more likely to take him on loan.

So what should the club do in this situation?

Whilst it may be tempting to send him out on loan and have him as an emergency option by recalling him later on in the year, the fact that they are willing to let him leave in the first place is probably a good indicator of his future, or lack thereof at St Andrew’s.

It isn’t as if he’s some 19-year-old that you want to send out to gain experience, at his age you’d expect a lot better from him than one goal in 24 appearances for the club. It’s better to just wash your hands of the situation, wish him good luck and bring in someone better.

That’s why I personally think the club would be better off selling him now and using that extra money to push the George Puscas deal over the line. Reports from last week suggested that the clubs were still a little bit far away when it came to their evaluation of the Romanian. I just think that the chance to sign such a proven striker as Puscas won’t come along next summer and this is the time to strike.

As I’ve said before the Blues seriously need to address the forward position in the final days of the window, and selling off Vassell in order to get a strike partner that can take some of the load off of Lukas Jutkiewicz is a great way to go about it.

With the window closing on Thursday though, there’s not a lot of time left to make a move, so these deals will have to be made sharpish.