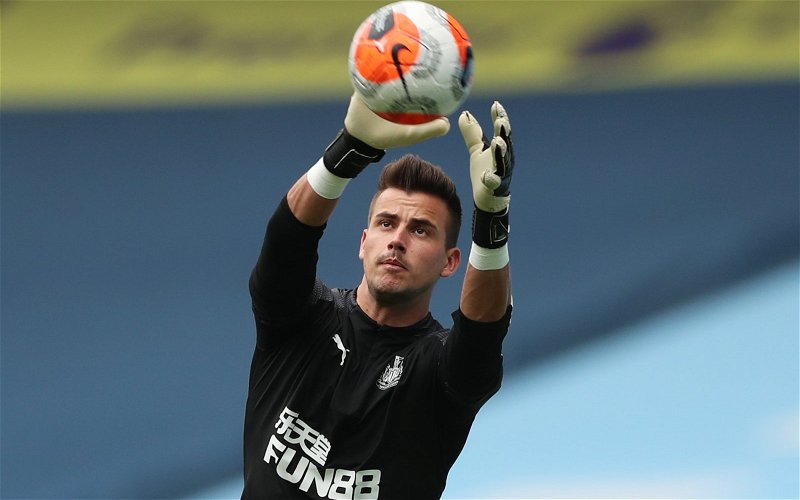 Out of our hands.

That appears to be the way that Birmingham City are being forced to operate when it comes to arguably the most important position at the club this summer, and that’s the goalkeeper position. The club are doing their best to try and bring in a veteran stopper to replace the departed Lee Camp, but one of their targets isn’t quite ready to make a move just yet.

According to a report from Alan Nixon at The Sun, the Blues are trying to bring in Newcastle United stopper Karl Darlow, but need to wait for the position to be sorted out at St James’ Park before they’re allowed to make a move.

He later states the situation could change if they bring in a new goalkeeper, and with the Premier League side recently allowing Freddie Woodman to go out on loan again, that makes it even more difficult for Blues to pick up the Championship veteran.

Newcastle. Birmingham. Karl Darlow deal difficult just now but could change if Bruce lands a keeper. Blues will have to dig deep even for a loan all the same.

With less than a month to go now until the new season starts, time is slowly starting to tick away for the club if they are to get this, or indeed any deal to bring in an experienced stopper over the line.

What about you? What do you make of this news surrounding Darlow?