“Delicious”, “any other answer is wrong”- These Blues fans left split over intriguing tweet

I said last week that when fans start coming up with ‘concept kits’, it means that either the club is doing well or it means the person behind it has got nothing better to do. It could be a combination of both, but either way it’s still fascinating to see that fans can occasionally be creative.

Either way, there has been another batch of kits doing the rounds on Twitter these past few days, offered up by @RequestAKit and whilst they don’t follow the ‘penguin’ design that the Blues have had down the years, I must say they are incredibly gorgeous to look at, and I personally wouldn’t be disappointed whichever one we end up with. 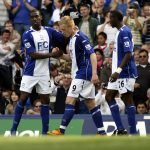 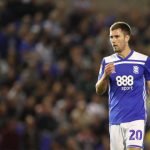 However, it seems that not every fan is a fan of each of the designs, as they offered their opinions up on what they thought of the various designs, which some going down better than others.

The Hummel and Nike ones are horrendous

The Hummel kit is just 👌

The Nike one for me but it would have to have the same boylesport logo as the other 3, all look good though 👍

I’d take any of those.

That puma one is delicious

Quite like the Hummel one. Maybe as it’s not such a big name it would help keep the costs down for club and fans? #forwardthinkingoneclubbcfc Kro 💙

There all decent to be fair. 👍👏#KRO

Now let’s just hope that the club uses these responses as an influence for the kits next season, that way fans won’t be left too disappointed.