Debate: The two key areas that Blues need to pay attention to the most this summer

Two major problems, but which one needs fixing the most?

When you take a look at the Birmingham City squad, you can see that the majority of the team is set up reasonably nicely well with a solid starter in place, and in some cases reasonable backup options. And that’s not including the players who are out on loan like Steve Seddon at Portsmouth, David Davis at Charlton, or Agus Medina at UE Cornella in Spain.

There are only really two areas that the club need to look at when it comes to the ‘priority’ of signings, the first one is in goal where we will be left with only the one ‘senior’ player on the books in Connal Trueman. Even though I have been a big supporter of his in the past, with only 14 senior appearances for the Blues under his belt, I do think that the club could and should be bringing in a more senior goalkeeper to compete with him or at the very least offer a backup option Trueman need to be taken out the firing line again.

Maybe even giving the job to Lee Camp once again as I have talked about previously.

What area do the club need to focus on more? 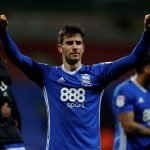 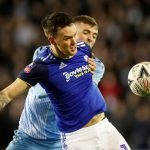 The other area that needs looking at is going to be upfront. Whilst it has been great watching Scott Hogan score goals for fun since he joined, as Birmingham Live pointed out over the weekend, it isn’t exactly a slam dunk that he comes back to us, meaning we could be faced with the same problem as we have this year. Having a great number one centre forward with Lukas Jutkiewicz, but there being a severe drop off when it comes to the next person in line to get us goals.

And given that we’re 14th in terms of goals scored this season including Hogan’s contributions, we’re certainly going to need to find an adequate replacement if he doesn’t come back.

So I put the debate over into your hands now, if you were Pep Clotet and the board at St Andrew’s, what area would you be looking at most intently this offseason? Or do you think that there is another part of the squad that needs to be looked at instead?

Let me know below.