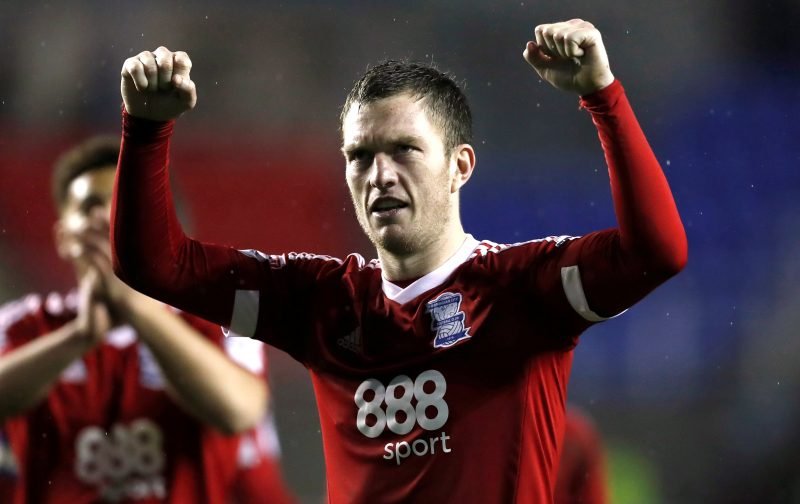 Craig Gardner could be a surprise casualty of Garry Monk’s summer rebuilding plans.

The Blues manager is hoping to shake-up the midfield and forward areas in an attempt to add a creative spark and the goals that were severely lacking from the team last season.

Blues were the joint lowest scorers in the Championship with 38 goals in 46 games. It’s no secret where the main problems lie.

Gardner’s return to St. Andrew’s in January 2017 was met with a great deal of excitement. However, it hasn’t been the roaring success that many predicted and injuries have also played their part in limiting his involvement.

The 31-year-old is one of the highest earners at the club and is contracted until June 2020. Monk is aiming to bring fresh blood to the club but must balance the books whilst doing so.

Blues were very close to breaking Financial Fair Play (FFP) regulations last season and will soon learn whether they failed it and, if so, what the repercussions are.

Despite this, the club is adopting a ‘business as usual’ mentality in their quest to improve the team. It has been made clear to Monk that he doesn’t have a bottomless pit of cash and must conduct his business in an astute manner.

There is interest in Gardner both domestically and abroad and, should Blues decide the offload him, a cut-price deal may be negotiated to free up funds for wages.

Robert Tesche and Greg Stewart, who spent last season on loan at VFL Bochum and Aberdeen respectively, are likely to leave. Andy Shinnie is out of contract.