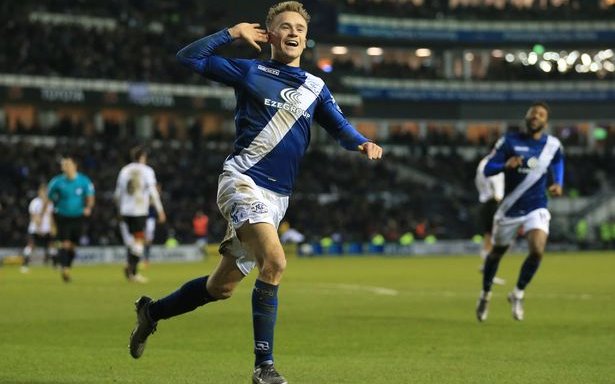 Birmingham City’s great eleven game unbeaten run continues with the hope that our next game against Millwall will notch number twelve.

However, the amount of times we have taken leads and not held out for maximum points is quite frustrating, as who knows what might have been should we have perhaps only taken half of these games and won. Easier said than done I know, in what many feel is quite a brutal league.

Championship football is tough and any weakness detected is often bullied and quickly spotted. Holding on to leads requires clever tactics and demanding at all levels. Before the game against Sheffield Wednesday, there was the doubt surrounding Scott Hogan’s fitness and who should be his replacement. Fortunately he played and scored a great goal for us at the same time Che Adams was responsible for a wonderful pass for Southampton that enabled his side to nail our B6 neighbours. Joy all round.

Speaking to Bluenoses before the game not sure of Hogan’s fitness threw up some interesting comments – one in particular. One suggested after studying the stats that the most suitable replacement would be Dean. Reasoning being that Harlee gets into goal scoring positions very quickly when on the front foot and had success at Brentford. Interesting thought and worth a shout maybe.

Millwall away is another tough fixture where we shouldn’t feel overly worried. They are similar to us in terms of commitment and ability with points hard earned. We know what Rowett is all about and he knows us inside out, which really all boils down to total hard graft from the first minute.

My feeling is that Kieftenbeld will play his first game at the expense of Sunjic for what I consider the ideal match for his talents. Keeping a clean sheet will be helped far better than Sunjic’s presence. David Davis was loaned out for this very situation for Kieftenbeld to enter the fray. Millwall the perfect set up. Three more points should see us maintain status for next season and let Pep Clotet introduce a couple more young talents for the remaining dozen games. Jayden Reid the first to come to mind. Bellingham and Reid on the same pitch together will certainly be a great accolade for Clotet and his coaching staff. Let’s see it happen.