Could this striker be the next youngster given a first-team chance? 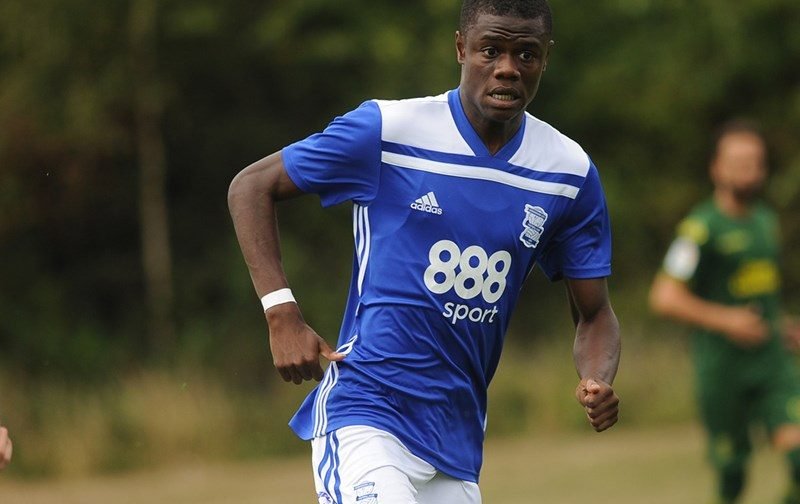 After young midfielder Charlie Lakin impressed in his first start for the club in Wednesday night’s 0-0 draw with Sheffield United, fans are wondering, who could be the next Blues youngster to emerge and see first-team action?

One name being banded around a lot by Blues fans is Kyle McFarlane. The 21-year-old striker is a regular starter and scorer for Blues’ Under-23 side and many fans feel with the first-team lacking the killer touch in front of goal so far this season, McFarlane could form as part of the answer.

Blues boss Garry Monk was asked about McFarlane in yesterday’s press conference, ahead of the first-team fixture away at Leeds United.

Monk believes the young striker has done very well so far this season but at the same time, Monk was eager to emphasise the difference in quality between Under-23 football and Championship football.

“Kyle has done very well, we had him pre-season but there is a big difference between 23s football and Championship football,” Monk said.

“I don’t think anyone should ever make that mistake. But Kyle has done very, very well.

“Championship football to Under 23s football, across the board not just here, is a huge, huge gulf. A huge difference.

“Don’t fall into the trap of someone scoring a goal means they should play in the first team.

“There is a lot more that needs to go into that for you to get yourself into the first team.

“We are working very closely with Kyle and all the Under 23s, I am always monitoring them and watching them closely to see who can step up.”

The Blues boss has so far shown he’s not afraid to give youngsters a chance, having previously given Wes Harding his first league start in his first game as manager and also giving Connal Trueman, Beryly Lubala and the previously mentioned Charlie Lakin first starts this season.

However, it is clear to see that Monk is very deliberate about how he brings these youngsters into the first-team fold.

Charlie Lakin, for example, has not been rushed into the first-team action. Yes, his start was somewhat forced due to midfield injuries, but he had been given snippets of first-team action previously, which put him in a better position to know what to expect when it came to him having his first start. This has happened similarly with Harding and Lubala, while Connal Trueman experienced senior football through a loan spell at Solihull Moors last season.

Monk is also very keen for the work done with the Under-23s to mirror that of the first-team, to help put the youngsters in a better position to succeed if given a chance.

“Everything, to put a player on the pitch they need to understand how we work, that’s why I have brought the 23s very close to me, that’s why they mirror what we do.”

However, Monk needs to see more than positive form in Under-23s football for a youngster to be given that chance.

“Yes, and when he (McFarlane) comes into the first team environment how he trains, how he applies himself, there is a lot more to it than scoring a goal for an Under 23 team.”

While I am very much for youngsters being given a chance and love to see homegrown talent representing the club, I don’t want to see them thrust into first-team action for the sake of it. McFarlane is someone I can see getting a chance at some point this season and is someone I would like to see get a chance. However, I don’t believe this is the right time for him.

Given Blues’ current position and the side’s lack of goals, I think we would be putting too much pressure on the young shoulders of McFarlane. The strikers we have are in need of confidence and I think a goal (and a win) could kick-start things for them and for the team. But at the same, could bringing through a youngster, like McFarlane, be the kick up the backside one or two of the forwards need?

What do you think? Should Kyle McFarlane be given a first-team chance now? Let us know your thoughts in the comments section below…