Could City’s forgotten man make an impact this season? – Opinion. 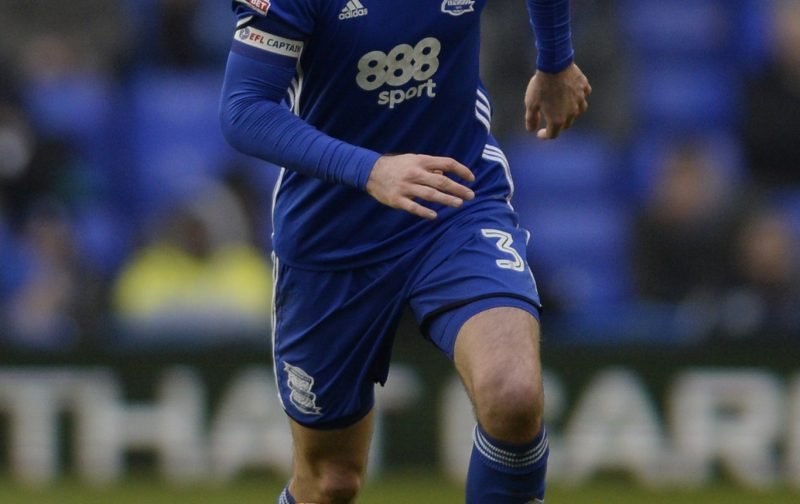 Blues fans could be forgiven for failing to remember left-back Jonathan Grounds was still a City player. Left out completely since the Spring of 2018 and sent out on loan, it seemed there was no future at the club for the 31-year-old.

Even when Pep Clotet brought him back into the in the summer, after being isolated by previous boss Garry Monk, Grounds had no luck, suffering a Calf injury which is still keeping him sidelined – though Clotet recently told BirminghamLive he’s on the mend and looking to regain his fitness.

So, once fit, could a revitalised Jonathon Grounds be an asset to this City side, and, perhaps, even improve them? It’s a distinct possibility, especially with the way Clotet is setting City up tactically at the moment.

Playing a narrow midfield four, and looking to get the likes of Dan Crowley, Ivan Sunjic, Jude Bellingham and Francisco Villalba on the ball in pockets of space, Clotet asks his full-backs to provide the width and put deliveries in from wide areas.

Right-back Maxime Colin and left-sided defender Kristian Pedersen are currently tasked with this, and while Colin (who could, perhaps, improve on his crossing) is more than adequate at this, Pedersen flatters to deceive a little. Though the effort and willing is there, the big Dane looks uncomfortable in possession and certainly lacking in quality in offensive quarters.

Pedersen is very decent defensively, however, and perhaps his physical attributes could be used better as a central defender.

This is where Jonathan Grounds could be just what City need. The former Middlesbrough and Oldham man is sound defensively but very good going forward, with a real engine and a great left foot, being capable of some fantastic service from the left side. This would offer Clotet some proper balance and efficiency in his preferred formation and provide a better range and quality of service to target man Lukas Jutkiewicz to cause problems in opposing territory.

Whether the length of his absence from the Blues fold has had a detrimental effect on Grounds and his abilities remains to be seen, though he did keep up his sharpness with a loan spell at Bolton Wanderers last season which will have helped in this regard.

If fit and firing though, it’s no doubt forgotten man Jonathan Grounds could bring a real boost to Clotet and his side.