This doesn’t necessarily fill me with a lot of confidence in the matter.

But I guess we’ll just have to wait and see how things play out, and hopefully when all is said and done, we won’t all be lying down in the corner of the room in the fetal position sobbing our eyes out.

Reports in recent days have suggested that Nottingham Forest are looking to bring in Blues forward Lukas Jutkiewicz as a way of either backing up or giving competition to incumbent centre-forward Lewis Grabban. And according to head coach Pep Clotet, it looks as if he isn’t going to get much say in the matter.

Speaking on the matter ahead of the FA Cup game with Blackburn Rovers, the Spaniard explained that he doesn’t have much influence over the ins and outs at the club, but that all these stories are new to him:

“I am not that technically involved in the ins and outs [during a transfer window]. My position is head coach, so my main responsibility is getting the very best that is possible out of the players that the club make available for me. But I have not been informed on that particular matter.”

Now whilst Clotet makes it clear that he isn’t responsible for the players that are brought in and out, there has to be some level of communication when it comes to a matter as important as this?

Given how important Jutkiewicz is to the side, currently sitting as the team’s top-scorer, Clotet should be fighting tooth and nail to try and tell those who are in charge just how vital he is to the side and that he either shouldn’t be allowed to go, or that he can only go when they have a suitable replacement.

Would you let Juke leave in the right circumstances? 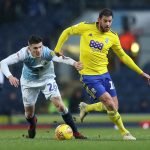 I’ve been very supportive of Clotet these past few months, but even I can admit that there are some areas that he needs to improve on, and making sure that the club doesn’t make stupid mistakes in the transfer window would be a great way of putting some of my fears to bed, even if it is just for a couple of weeks.