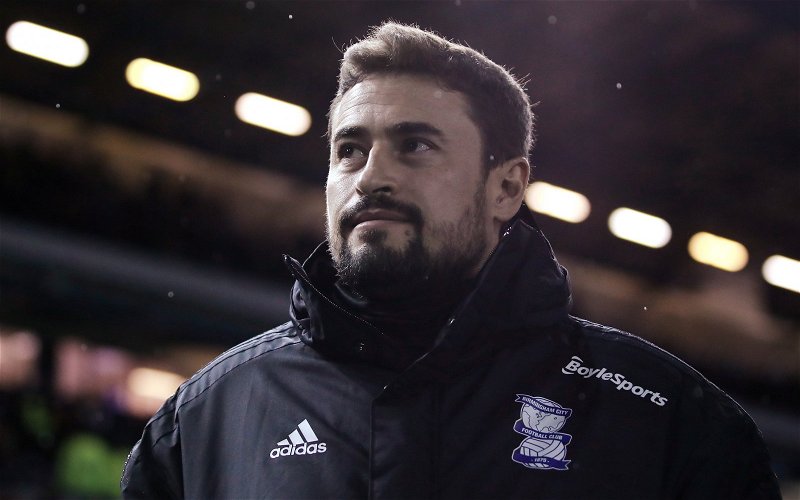 That was the message that Blues boss Pep Clotet wanted to stress as his side picked up their first win in the league since the start of December. The Blues had lost four out of their last five games in the Championship, and had conceded 16 goals in the process, so to come out of the game with a victory was a bit of an unfamiliar feeling.

And speaking after the game, the Spaniard said that the key thing to come from that game wasn’t just the three points, but the fact that they were able to give themselves a little bit of breathing space when it came to the teams around the bottom of the league:

“The win at Luton was important especially because it has been a tough month for us, December. So coming from that to win at Luton, we have accomplished a couple of goals: the first to put some clear air between us and the teams at the bottom; the second to get us back with that winning feeling in the league. That’s two in a row, in both competitions, which is very important. Now we have our eyes again on getting a fully fit squad and competing again against Cardiff City at home on Saturday.”

Clotet raises an interesting point at the end there regarding the squad.

It’s interesting to note that the player who scored the winner in the game against Luton Town, Gary Gardener, has been out with an injury for some time now, and injuries are something that have been holding the Blues back all season. Factor in as well the number of injuries and suspension that has plagued our back-line, and you start to see a bit of a pattern emerging, we haven’t really been able to pick the best squad available, because not everyone has been available all season.

Once he manages to get all the players back that he wants, the Blues should be able to kick on a little bit more. There is great hope among the fans that someone like Maikel Kieftenbeld can be a key to spark the rest of the season, so why not the other players in the squad?

Have injuries been the things that have been holding us back this season?

This is why I believe it’s been harsh to judge Clotet on the job that he’s doing, because he doesn’t have the whole squad that he would like at his disposal. If those players that we are waiting to return are indeed the missing pieces of the puzzle, then we’ll truly be able to see what Clotet is capable of.