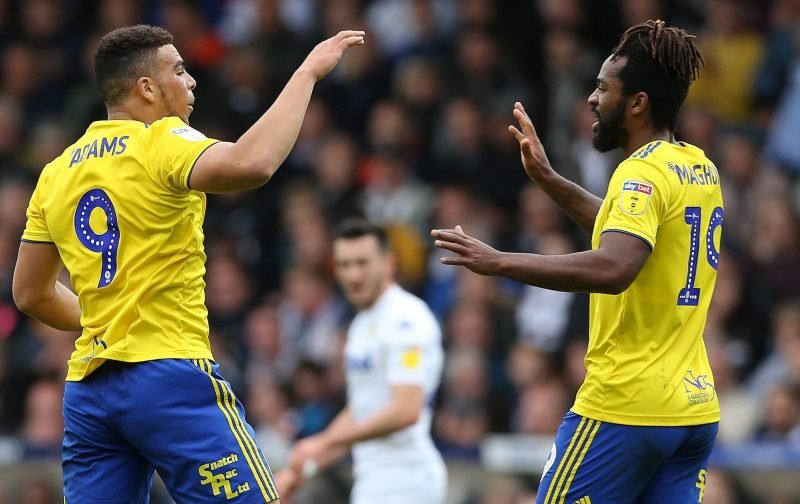 When the winless play the unbeaten, you often set yourself up for the improbable.

But this is Birmingham City. And given that even some of our most exciting performances in years have ended without a victory, expectations of three points could scarcely have been lower as we made our way to Elland Road. The improbably felt more like the impossible.

But this is Birmingham City. Whenever it feels like the world is against us, we do the unthinkable, the improbable, the seemingly impossible.

After eight matches without a victory, we end up looking to kickstart our campaign at league leaders Leeds United. Unbeaten Leeds United. And we do it. We win. And it’s thanks to a double from Che Adams who many fans have scapegoated following our troubles in front of goal. And it’s in the first game all season that Blues are wholeheartedly dominated from start to finish.

Garry Monk’s positivity has never waned despite our failure to earn a result and it showed once again with his team selection, Charlie Lakin making his second consecutive start having made his full debut during Wednesday’s goalless draw at Bramall Lane. Maikel Kieftenbeld could only make do with a spot on the bench having recovered from injury.

Spirits were high at Elland Road following Leeds United’s fine opening to the season but the home crowd were left stunned when Che Adams opened the scoring on eight minutes. Harlee Dean’s driving forward run ended with Che Adams and Kristian Pedersen linking together, the left-back finding Adams with an incisive pass that the striker took in his stride, leaving two Leeds players for dead before firing home.

Despite Leeds’ dominance in possession, the hosts were struggling to carve open an organised Blues defence, Lee Camp remaining untested until the second half. Blues were solid and counter-attacking with pace and power, Pontus Jansson on hand to deny Jutkiewicz a simple effort at goal after a 3 v 2 break.

Goal number 2 came on the half-hour mark. Kristian Pedersen was having a fine game and his strong challenge on the halfway line found Jutkiewicz who in turn found Maghoma striding forward. The winger committed several Leeds defenders before playing the ball into Adams whose drop of the shoulder fooled Barry Douglas and finish fooled the entire Leeds defence and a flat-footed Bailey Peacock-Farrell.

Marcelo Bielsa had clearly seen enough and replaced Kalvin Phillips with Stuart Dallas. It worked for the most part. Leeds’ dominance of proceedings increased and Jacques Maghoma, Maxime Colin and Harlee Dean were all forced into defensive blocks.

With five minutes to go until half-time, Blues threatened once more when Jacques Maghoma was fouled, allowing Gary Gardner an effort from distance that was deflected onto the roof of the net. Blues would not have another shot at goal all game.

Leeds’ attempts to get back into the game first saw Harlee Dean clear a Liam Cooper effort and Ezgjan Alioski blaze over the bar. Pontus Jansson then glanced a header across goal that almost fell for Tyler Roberts at the back post.

The story continued in the second half with Tyler Roberts forcing another Harlee Dean block. Maikel Kieftenbeld replaced the injured Gary Gardner but things didn’t improve much for the Blues who remained camped in their own half, substitute Adam Forshaw volleying straight at Lee Camp while Stuart Dallas also forced the Blues keeper into a stop.

Leeds’ final throw of the dice was to bring on 17-year-old striker Ryan Edmondson to replace left-back Barry Douglas. Moments later, Stuart Dallas shot narrowly wide of the near post.

Michael Morrison, Maikel Kieftenbeld and Kristian Pedersen all landed themselves into the referee’s notebook as Blues attempted to hold onto their lead but the time wasting didn’t help when Alioski pulled one back for the hosts with five minutes to go. The winger received a near-perfect ball from Forshaw and the control and subsequent finish was ruthless.

Leeds didn’t let up. After Wes Harding replaced Jota, Samuel Saiz saw his effort blocked by Michael Morrison before Alioski forced Camp into another save. An incredible eight minutes time was added on and the scene appeared set for the league leaders to get the goal they believed they were entitled to.

But Blues weren’t in the mood to give Leeds the same satisfaction and relief felt by Norwich City, Nottingham Forest and West Bromwich Albion. Blues gifted the opposition just one effort during the prolonged spell of injury time, Lee Camp turning himself into the hero of the day with a tremendous stop to deny Stuart Dallas’ snapshot from the edge of the area.

That save proved enough to leave the 1,314 Blues fans packed into the away end in West Yorkshire delighted at the final whistle. After so many good performances were left unrewarded, this felt like justice. And at £37 a ticket, justice was most definitely served.

Leeds United 1; Birmingham City 2. A first win of the season for Garry Monk’s side and hopefully the game that kickstarts a more successful season.