Can Blues Roll Over Tractor Boys? 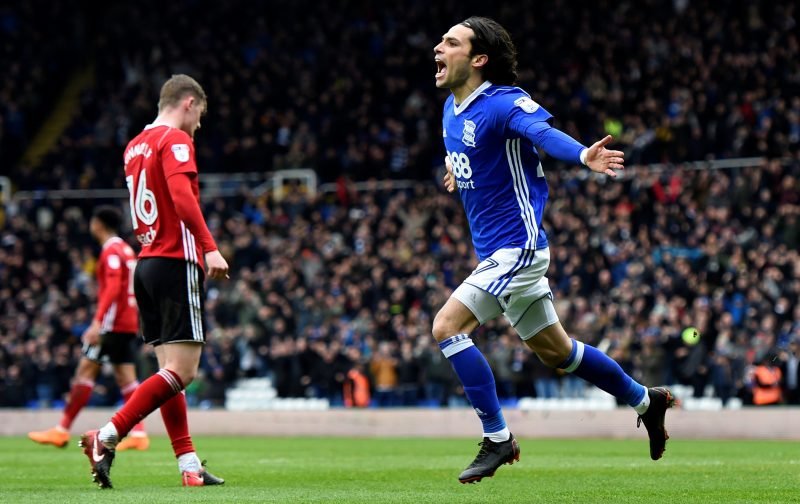 Following a trip to New Meadow in March 2016, a friend of mine decided that he would follow Shrewsbury Town.

Being the football nut and good friend that I am, I decided to follow him to a few of these fixtures when the opportunity arose. It meant watching a team led by Paul Hurst lose 2-1 in a dull defeat at Vale Park only lit up by the ability of Chris Eagles before the Shrews embarked on the most exciting of journeys.

It meant trying to keep a straight face on a weekly basis as Pete glorified their achievements, this Birmingham City season ticket holder telling me how he can’t wait to sit in the away end at St.Andrews next season in a Championship fixture. I often told him it was more likely to be a third match up.

I went to see Shrewsbury twice last season under Hurst, once at Wembley against Lincoln City and during a 2-0 home win against Walsall. I also saw them play twice live on TV, including the play-off final defeat against Rotherham United. I confess that my judgement is limited to those games but I was never impressed by what I saw. With the exception of the skillful Jon Nolan, of course.

Against Lincoln City and Rotherham, it was all a bit flat, as though the occasion was too much for them. Against Walsall, they were lucky to playing a side that had simply given up for the campaign, one devoid of creativity and reliant on individualism that never quite came to fruition.

The truth is, Shrewsbury were workmanlike, direct and often made the most of their chances. They would often find the early goal then sit in and make life difficult for the opposition. Whether it was a set-piece or an opportunist moment of brilliance from Shaun Whalley or Alex Rodman, Shrewsbury would find a way to take the lead and keep hold of it whatever means necessary.

The problem with that style of football is that when it doesn’t go well, it becomes a problem. And that’s the worry for Ipswich Town.

Paul Hurst’s decision to leave Shropshire for Suffolk seemed a fair decision. He was unlikely to achieve what he did last year again and Ipswich felt like a good place for Hurst to cut his teeth in the second tier with Marcus Evans notoriously faithful to his managers.

The diminutive gaffer has also stayed true to his beliefs, bringing in five loan signings from the Premier League and signing the rest of his players from Leagues One and Two, hoping to ignite the fire within those desperate to make their way up the divisions. Toto Nsiala and Jon Nolan have followed him from Shrewsbury Town, Gwion Edwards of Peterborough United, Ellis Harrison of Bristol Rovers and Accrington Stanley duo Janoi Donacien and Kayden Jackson amongst them.

Things haven’t gone well. Ipswich have played nine matches, are yet to win and have scored just six goals. Things get worse away from home where The Tractor Boys have lost all four matches, scoring just once. Only Preston North End’s poor goal difference keeps Hurst’s side off the bottom of the table.

Yet it isn’t all doom and gloom. Like Blues, there has been a sense that things will come good under a manager who appears to be doing and saying all the right things on and off the field. It also helps that Ipswich are yet to lose at home this season, incredibly drawing all five matches at Portman Road.

Blues host Ipswich Town this weekend hoping to avoid another entirely frustrating afternoon against a side willing put the onus on us to earn the result and break the opposition into submission.

It’s these games that Blues struggle most in. Ipswich will come to St.Andrews with a plan to make life difficult for our boys, sitting deep, looking to counter and block off the space for us to attack. No side has allowed fewer crosses away from home and despite conceding 7 goals on the road, only two have come from open play.

It means Blues will be fighting a different battle to last weekend. This will be more akin to Queens Park Rangers or Bolton Wanderers. A game in which the onus is on us to take the game to the opposition and open them up, make their defenders work harder, open the space.

Monk may be looking towards Maxime Colin and Kristian Pedersen to get forward and excite, particularly following the latter’s assist at the weekend, not to mention the tough challenge that started the move for the second. And it could mean that Charlie Lakin and Gary Gardner are giving more license to try and create or get forward from central areas. A risk may need to be taken by the gaffer.

Everybody is well aware that St.Andrews is unlikely to be the place to head to this weekend. It will be gritty, scrappy and both sides will be looking to win the individual battles all over the park to gain every inch available.

Blues will be looking to Jacques Maghoma, Jota and Che Adams to produce from nothing. The Tractor Boys will be hoping Gwion Edwards can add to his tally of two goals. The more likely outcome is a set-piece bouncing off somebody’s knee in a 1-0 victory for either side.

Gary Gardner is set to be available despite leaving the field early against Leeds United due to a knock. Craig Gardner is back in training but may not return to the squad due to the form of Charlie Lakin. Isaac Vassell and David Davis are out.

Ipswich’s big blow this week was losing Jonathan Walters for six months. The 35-year-old joins one another member of the squad on the injury list but Paul Hurst has remained tight-lipped on who that might be.

Birmingham City won consecutive fixtures under Garry Monk thanks to a first-half Jota penalty, given after Cameron Carter-Vickers failed to keep pace with Jacques Maghoma. The result helped Blues climb out of the drop zone.

Gwion Edwards was namechecked by Ipswich Town blogger Oliver Allen and he has certainly been the most involved Ipswich Town player this season so far. He actually ranks very high on the Championship lists for most dribbles, most fouled player, most dispossessed and most unsuccessful touches. His two goals make him Ipswich’s top goalscorer and clearly the ex-Peterborough United winger has been a lively addition to an uninspiring Ipswich attack.

For more information on this week’s opposition, check out our Q&A with Ipswich Town blogger Oliver Allen here: https://birmingham.vitalfootball.co.uk/opposition-qa-ipswich-town/