Bulldog Needs To Bark Before It’s Too Late For Birmingham! 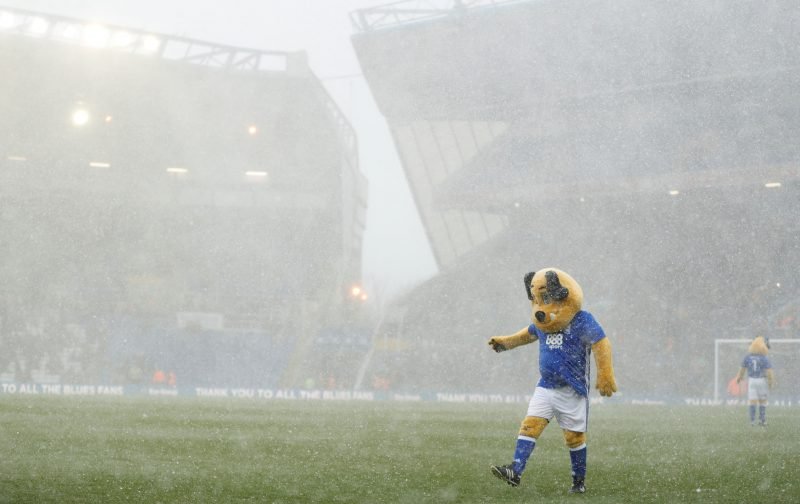 The EFL have crunched the full attendance numbers for the season of 2016/17 and their results show a 6% increase compared to 2015/16.

Investigating full gate receipts across all 1,656 matches in an EFL season, the results show that on average over 1,500 fans travelled to each Championship away game in 2016/17 and that average helped the EFL to boast an increased average of 1,000 which equates to a six per cent rise on the previous season.

The EFL’s report backs up the overall attendance increase as shown previously by UEFA’s European Club Footballing Landscape Report and the Championship now moves up a place in UEFA’s charts to become the third best attended division across Europe as the second tier climbs above Spain’s La Liga and Italy’s Serie A with more than 18million fans going through the turnstiles last season.

It’s a fourth successive increase overall for the EFL and it ranks as the highest cumulative set of attendances since 1959.

With superlatives like ‘largest crowds in almost 60 years’ thrown around in the EFL’s own coverage of the results, the average breakdown per club means each member team in the three tiers has seen roughly an 11% increase in matchday footfall for 2016/17 and whilst the EFL will rightly point to fan initiatives with a greater focus these days on bringing back youth, as well as families, to games to secure the next generation of hopeful season ticket holders, there are other reasons obviously and they can’t be mopped in the mantra ‘value for money’ when modern day football is patently anything but for the vast majority of fans.

The EFL themselves point to record breaking attendances during the festive period – 2016 Boxing Day Bumper Crowds For EFL – as being key to the increase as over 500,000 fans attended matches during that period and they also point to average ‘away’ travel growth in all three tiers with football focusing on the ‘away day’ experience and clubs beginning to more regularly strike ‘reciprocal pricing’ arrangements.

Fulham get namechecked in the Championship as receiving an average of 2,600 visitors to Craven Cottage for each game, and MK Dons and Notts County in League’s One and Two are similarly picked out.

With a Championship average attendance of over 20,000 per game, that was a 14% increase on it’s own and League One registered it’s highest attendance average since 2009/10.

‘The rise in attendances would only be possible if clubs continued to offer excellent value for money and a matchday experience that appeals to all, whether a home fan or following their team away. We can see from the detailed reports that attendances are growing across the board, helping to boost the EFL`s standing against our European counterparts. It is testament to the unique appeal of all 72 EFL clubs, and the important role they play in communities nationwide wide, that the strength in depth of the football pyramid continues to prosper.’

‘It is also very satisfying to see that the number of away fans attending EFL matches is continuing to increase and I am confident EFL clubs are developing welcoming and positive environments for all football supporters in this country.’

Rightly the EFL acknowledge that ‘there is still progress to be made’ and they go on to talk about other initiatives such as ‘mixed fanzones’ and the supply of greater information to fans when travelling to a new stadium, so if those efforts can be accomplished alongside fairer prices for all given increased television importance and saturation and the EFL themselves admitting that weekend matches are now prioritised for greater fan footfall, maybe it’s time to look at midweek discounts on tickets for all attending fans as a priority to ensure grounds don’t lose their atmosphere’s to suit the television companies.

For Birmingham specifically, they contributed to the uplift in overall attendance figures, albeit not in the top five of the division, with a total attendance figure for the campaign of 432,678. Average attendance at St Andrew’s Stadium was 18,769.

Birmingham also featured amongst the clubs with over 20,000 fans in attendance for at least one match in the season, and Birmingham achieved that in six games.

So you may now be thinking, why the headline if everything is on the up and up?

Well it’s pretty simple really, football is only going one way and the authorities don’t seem to have noticed with growing revenue – Killing The EFL Slowly In The Search Of £££ – that if you break the habit of fans attending whilst bolstering the ‘ease of the telebox’, allied to deliberately subduing the atmosphere of midweek games for the hard core travelling support just to ensure a greater likelihood of weekend attendances, eventually midweek games will see reducing crowds as everyone stays home and watches on the television.

The new television deals for all tiers in the game now actively promote streaming services and whilst focused on midweek games currently, how long before that’s extended to weekend games and then television completely has a strangle hold on the game and it’s not in broadcasters interests to see a full ground, their interest is in bums on settee’s or down the local pub.

So will revenue keep rising then or will the EFL and the Premier League, albeit to a lesser extent to begin with, be able to demand the revenue they are now accustomed to and surely at some point they will be so beholden to broadcasters, that the television companies can actively push down the price paid because footballing authorities are so reliant on them.

The EFL will be hoping that 2017/18 makes it a fifth straight year on the trot that attendances increase and they could well achieve that. However, how long will the aforementioned chasing of money, the deprioritisation of midweek clashes and the ease of screening start to effect that moving forward?

That’s the real question and unlike current attendance figures, it’s not something to be celebrated.