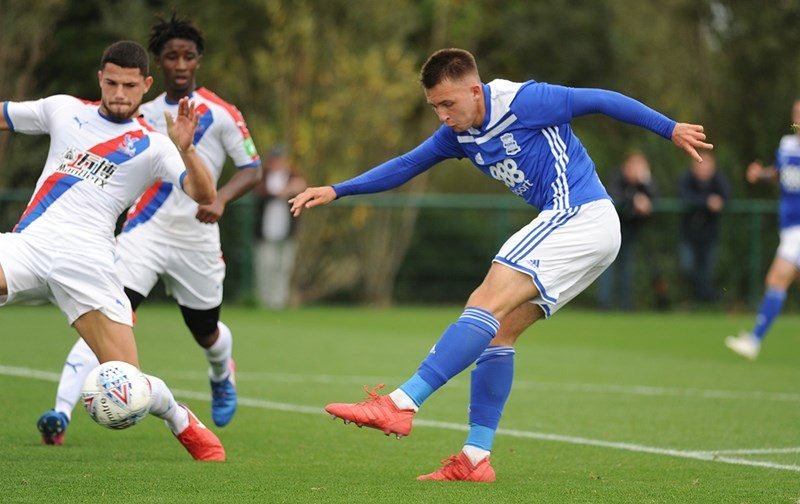 With the tie finely poised at 0-0 and seemingly heading for penalties, substitute Kyle Hurst broke the deadlock in the 87th minute before adding a second in stoppage time, with Olly McCoy adding the final goal shortly after.

With Coventry Sphinx helping provide a hard-fought encounter for the Blues youngsters, it was going to take something special to break the deadlock, and it did.

Blues’ Joe Redmond carried the ball out of defence, taking on three Sphinx players before playing the ball to Hurst out on the left. Hurst took one touch inside and curled the ball beautifully into the top corner.

The goal was a late blow for an energetic Sphinx side, and it soon led to a total collapse.

Just four minutes after the opener, in the first minute of stoppage time, Hurst added his second, tapping in from close range after Caolan Boyd-Munce had guided a Kyle McFarlane cross onto the post.

Sphinx collapsed even further, with Blues getting their third just a minute later. Tommy Anderson drove forward eventually playing Olly McCoy through on goal down the right-hand side of the box, McCoy then coolly slotted home past Aaron Stringfellow in the Coventry goal.

3-0, it finished, to the Blues youngsters, with a place in the second round of the Birmingham Senior Cup the reward for Richard Beale’s side.