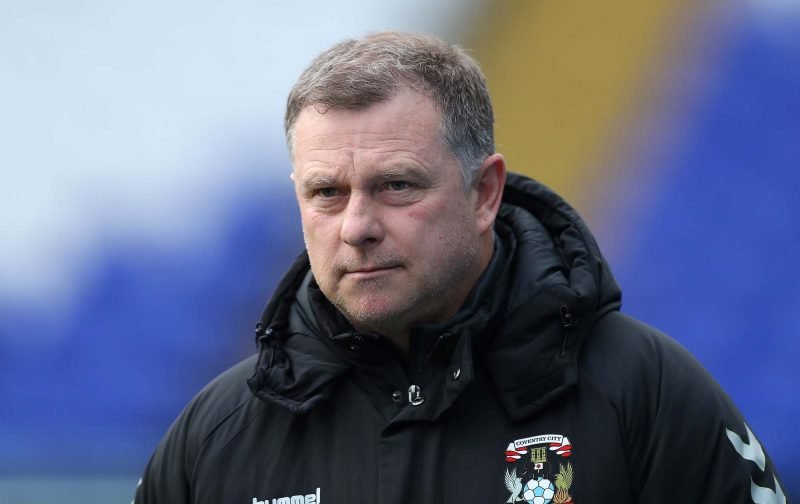 Minutes after the Millwall draw on Saturday, Birmingham City supporters were treated with, in my opinion, a kick in the teeth.

News allegedly that Mark Robins, the current Head Coach of Coventry City, was being pursued by our owners to replace Pep Clotet, was circling around B9. What is particularly annoying about this unwanted rumour, if it is a rumour, is the fact that our hierarchy have not confirmed or denied its merits.

Firstly I have no grudge against Mark Robins, who is doing a good job at Coventry, but to even contemplate such a ‘happening’ is again, in my view, quite insulting to Bluenoses. Coventry City have come out and denied the rumour but where is the Blues denial? After Rowett, Zola, Monk and Clotet would Robins be an improvement in our quest for Premier League football? Surely not.

As regards what happens now after the hugely disappointing draw against Millwall is anyone’s guess. For myself, that was the game to get back in with a chance of moving up the table. Psychologically it would have worked wonders and set the pre-Christmas run-in with much hope.

Now we linger amongst the dead men with a real battle to refresh. Blame Clotet and co till the cows come home, blame our hierarchy likewise if you like, but don’t let off what is on the field.

Collectively our forward players are woeful with meagre skill to achieve their objective. Jutkiewicz for all our gratitude for past efforts is not the modern day player to get you out of this division and certainly the so called wingers at our disposal are simply no threat to any Championship opposition.

We are becoming stale with mediocre performances and predictable to most teams we play. We cannot blame people who are limited in throwing money around due to FFP and all that and we cannot continue to blame managers/head coaches etc, but we can blame players for not improving themselves especially in front of goal. No doubt they try but this is not a reasonable excuse in modern day Championship football.

Forward players need to improve their own game away from the training ground mentally and be accountable for themselves as at the moment, we are in a mess. Fifteenth in the table is not want our owners want, it is not what we supporters want, but accept it we must.

What is plainly evident is that should a move for the current Coventry City Head Coach be on our hierarchy’s agenda, then we might as well go home. What the remedy is surely getting someone of Brian Clough nature that can get the best out of the players we already have and that means scoring goals.