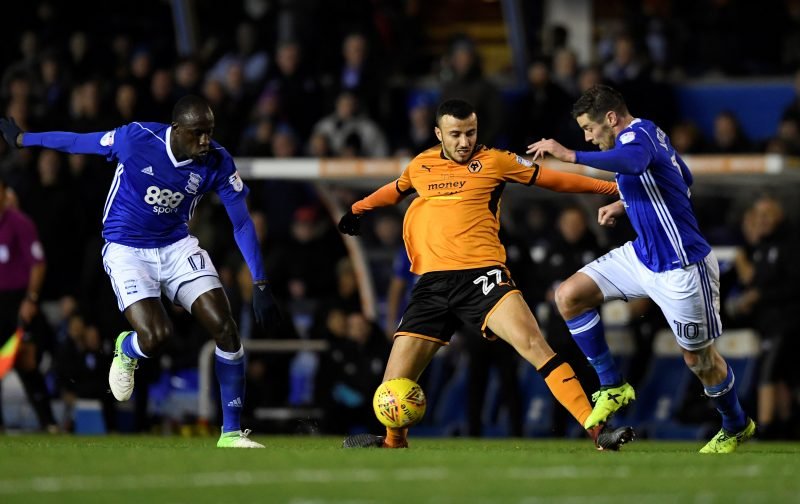 Birmingham City are approaching the derby against Premier League bound Wolves as huge underdogs but they must not enter the Molineux with fear.

Wanderers can confirm their promotion to the top flight this weekend.

Garry Monk will be in two minds about how to set his team up. It could be a case of trying to contain the Old Gold and Black and focus on quick, zippy counter attacks. Or Blues may try to press high up the pitch, win the ball in forward areas and play from there.

Inevitably, Wolves will have more possession and create a number of chances. But Blues carry threats of their own and must, at the very least, give Wolves something to think about.

With Sam Gallagher still recovering from injury and Che Adams serving the last of his three-match ban, Monk’s options are limited.

Unless Gallagher miraculously recovers, Jutkiewicz will adopt a lone striker role. Blues must get bodies up in support of the big man, leaving him isolated will play into Wolves’ hands.

Wolves will want a quick turnover of possession meaning if they lose the ball they will look to win it back quickly, so Blues sitting back with a defensive system will only aid their game plan.

Blues will want to win the ball and hold onto it for long enough to force Wolves’ creative players back. If we keep conceding possession deep in our own half, the likes of Diogo Jota and Ruben Neves will play within their comfort zone.

If I was Monk, I would be telling the players to have a go. Don’t turn up and accept defeat. Give them problems. As difficult as it will be, try to press and get on the front foot. Give yourselves at least half a chance. If Wolves do beat us, then we know we’ve left everything out on the pitch.