Blues lining up move for QPR keeper should Stockdale leave

The journalist, who reported the news on his social media page, stated that Blues would make a move for the 28-year-old QPR keeper but only if the Midlands club could find a new club for Stockdale.

It was revealed last week that Garry Monk had told 32-year-old Stockdale that he could leave the club because of his high wage, believed to be in the range of £35,000 per week, and now it looks like he is planning for life without him already. 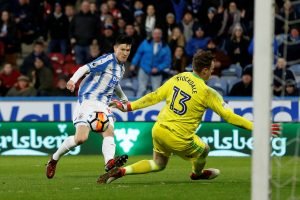 Similarly, Smithies kept exactly the same amount of clean sheets as his counterpart but with Monk looking to move things forward at the club, the former Huddersfield Town trainee could prove to be a much cheaper option than Stockdale.

Blues fans, would you be happy if the club were to make a move for Alex Smithies? Or would you rather us stick with David Stockdale? Let us know in the comment section down below!