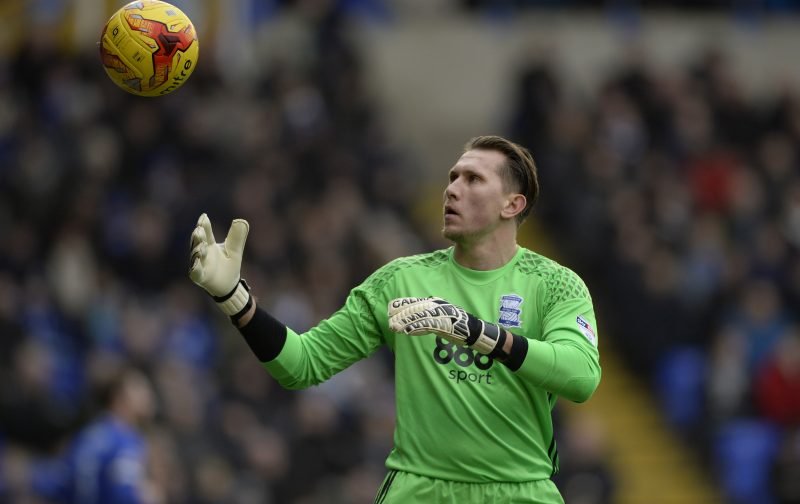 Tomasz Kuszczak has said he has been told by the club that he can leave this summer.

The 36-year-old was speaking to Polish publication Przeglad Sportowy about what the future has in store for him. He also revealed he could have left St Andrews for Newcastle in January, and he is hoping for a similar offer before the start of next season:

“In the winter transfer window I had a loan offer from Newcastle, and Derby also made an offer for me… At Birmingham, however, I heard that I should stay at the club. My contract is still valid for a year, but the situation has changed a bit, because after the end of the season I got a green light to be transferred.”

Garry Monk looks like he will be making some significant changes to the playing squad over the next couple of months. With Kuszczak and David Stockdale both likely to depart, a goalkeeper is likely to be very high on the list of priorities.

Currently, it seems the focus is on getting Union Berlin left back Kristian Pedersen through the door, while a source has also told Vital Blues that we are pursuing Abel Hernandez.

The Uruguayan is available on a free transfer, but the striker is likely to have many other suitors as well.