Birmingham needed this boost ahead of Saturday’s crucial game 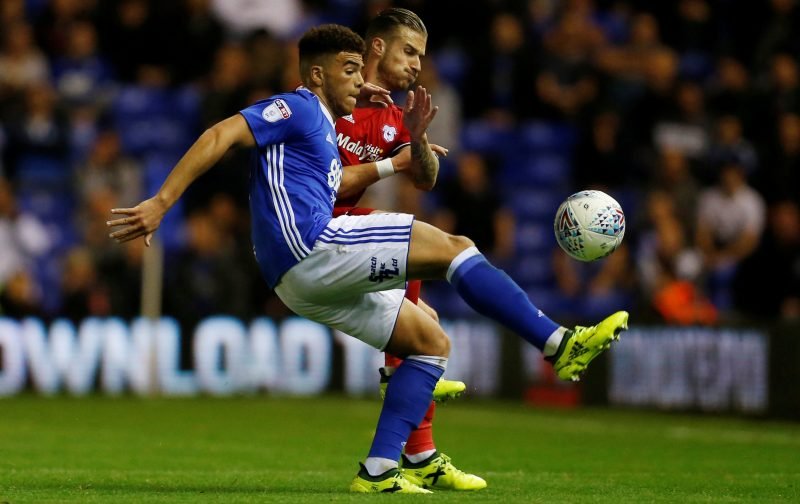 Che Adams will return from suspension to face his old club on Saturday, and it is certainly a big boost for Garry Monk heading into the crucial clash.

Without our no.14, the manager has had to compromise his approach somewhat with the lack of firepower in the squad. The absence of Sam Gallagher through injury certainly hasn’t helped matters either, but our poor finishing in the draw against Burton and the defeats to Bristol City and Wolves may have cost us a point or two.

What might have happened if Che hadn’t have been sent off at the Macron stadium, we just don’t know. It’s just good to have the 21-year-old back, and hopefully, fit and firing for the final three fixtures.

His partnership with Lukas Jutkiewicz has been a key component of Monk’s plans since he arrived at the club, and the pair will almost certainly be selected to start together against the Blades.

The forward had 18 months in Sheffield before making the switch to St Andrews, and although he hasn’t been prolific in front of goal, his contribution to the team as well as his ability to play in a number of positions, make him an important squad member.

He will certainly want to make up for lost time after missing the last few games. Although there is no doubt we should have got more from the Burton game, the defeats in the last two away games could have been predicted.

We still have a good chance of survival, but we need to make the most of the next two matches before we face Fulham on the final day. The Cottagers could well be still in with a shout of automatic promotion, and having to rely on getting a result in that match would’t be great.

Let’s not look too far ahead though. We will be facing a team in Sheffield United with just two wins in their last nine games. Away from home, they have won just once since January. They may still be in contention for a playoff place but their form suggests we do have a good chance of taking the three points. Who would bet against Che scoring the winning goal against his old club?