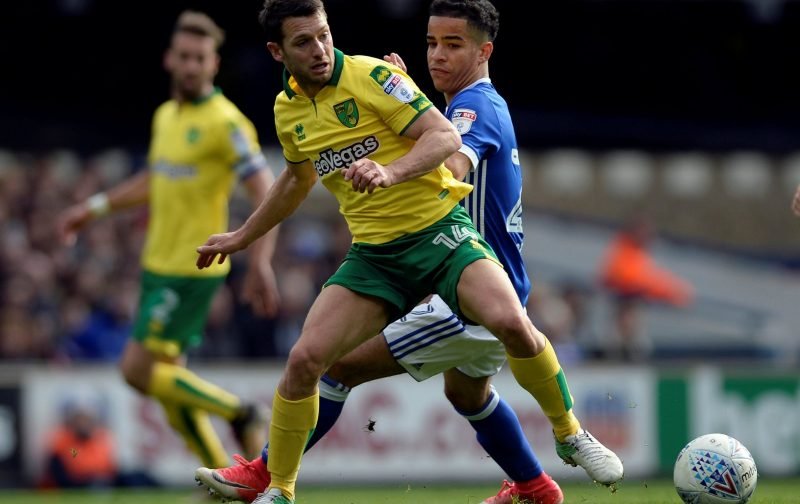 The Irish Sun are reporting that Blues are “leading the chase” for Norwich City attacking midfielder Wes Hoolahan.

The 35-year-old will be leaving Carrow Road at the end of the season when his contract expires, and he will be available on a free transfer.

There has been speculation that the Irish international could return home to play in the League of Ireland. He reportedly has many offers from Irish clubs, but it seems the playmaker still feels he can cut it in the Championship.

He has spent ten years with the Canaries, after signing from Blackpool in 2008, but he has seen his game time reduced under manager Daniel Farke this campaign.

Playing in his favoured no.10 role last season, he made 33 appearances, scoring seven goals and providing 11 assists. This year, it has been a different story, with just 16 starts and 28 appearances in total.

The midfielder has been used in central midfield, on the left wing and the right wing, and his inability to nail down a role in the team has meant he has only scored one goal and contributed three assists in all competitions.

We certainly could do with a creative midfielder. With the likes of Kieftenbeld, Davis and N’Doye we have a number of hard grafters but not a great deal of guile so a move for the Irishman could be a good deal for us.