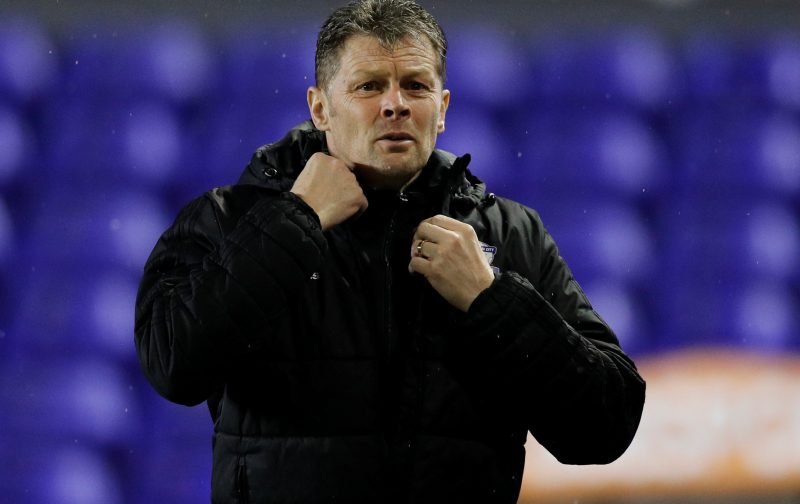 After parting company with Steve Cotterill last night, Birmingham City are poised to appoint their fifth manager in 15 months – the same number of managers they employed in the previous 15 years.

Blues were once a club renouned for unequivocally backing their manager. So why has the dynamic of the football club changed and where did it go so wrong for so many managers?

Trevor Francis, Steve Bruce and Alex McLeish racked up a decade and a half between them in the St. Andrews dugout. Birmingham City, unnder the ownership of David Sullivan and the Gold brothers, always gave their manager a fair crack of the whip.

The merry-go-round started after relegation in 2011. Under the ownership of the mysterious Carson Yeung, McLeish resigned paving the way for Chris Hughton.

With financed becoming tight, Hughton unaruguable overachieved at Blues – leading them into the play-offs which they eventually lost to Blackpool over two legs.

During the close season, Hughton was of the opinion that he couldn’t possibly take the club any further after being instructed to sell players. That marked the end of a highly popular manager after one solitary season ehich included a Europa League run.

Since Hughton’s exit, five managers have come and gone in a little under six years.

Newcastle legend Lee Clark was appointed with a relatively successful spell at Huddersfield Town under his belt. Although Clark didn’t take the Terriers up into the Championship, you could argue that he built the foundations on which their success has since been achieved.

His reign at Blues took a different avenue, though. From the moment he walied through the door as a young, enthusiastic manager, he began to feel the bite. By this point the purse strings were firmly tied and Clark had to wheel and deal on a less than a shoe string budget.

Many of his acquisitions were way below Championship standard and the young players coming through the ranks only did so because of the very poor squad being assembled.

Clark did make one or two very shrewd additions – Jonathan Grounds still remains a Blues player to this day and Paul Caddis will forever be lauded for his last minute goal at Bolton which saved Blues from the dreaded drop into League One.

What Clark’s team lacked in quality they more than made up for in passion – which came from the dugout. However, Clark’s tactics and management style often left a lot to be desired. After keeping the team up at Bolton in 2014, Clark paid the price for a poor start to the 2014/15 season and was sacked in October with Blues languishing in the bottom three.

On a shortlist that included Owen Coyle and Mike Phelan, Gary Rowett was the stand out choice to succeed Clark.

On the back of an 8-0 drbbing on home soil at the hands of Bournemouth, Rowett set about straightening things out. Michael Morrison was signed on loan from Charlton Athletic and went straight into the team for a goalless draw at Wolves.

Rowett’s early success was based on simple tactics. Players were played in their natural position and the team adopted a system which suited their strengths. In a season that started so shabbily under Clark, Blues finished 10th.

At the time, Carson Yeung’s ill fated reign was over and Trillion Trophy Asia were now in control of the club.

That proved to Rowett’s downfall. The fact he was never their man – and their refusal to publicly back him – led him astray. After Kit Symons was sacked from Fulham, Rowett’s interest in the post had become serious.

Fulham wanted Rowett and he had verbally agreed to join them until Panos Pavlakis tabled a new and improved contract to keep him at St. Andrews.

With Blues challenging for a play-off place, Rowett’s relationship with the board became strain and his position was under scrutiny. A 4-0 away loss at Newcastle was followed by a 3-0 home defeat to Barnsley and the decision was made to sack him even before a 2-1 win over Ipswich Town which proved to be his last game.

Good players don’t always make good managers and in Zola’s case, this rings true. The less said about the Itlaian’s reign the better.

The club appointed Zola hours after sacking Rowett deeming ‘a change in direction’ as their reasoning behind the decision.

A few early decent performances was about as good as it got for Zola. You could see his vision – he envisaged a Birmingham City team playing open, attractive football but, ultimately, you can’t play champagne football with coca-cola players. And the team lacked direction, Zola lacked tactical nous and things quickly started to travel south.

Zola’s remit was to staple down a play-off place but he led Blues in the opposite direction. After just two league wins from 24 games, Zola chucked the towel in after a Easter Monday defeat to Burton Albion.

With Blues sitting just above the danger zone with three games remaining, Harry Redknapp was offered the chance at a rescue mission.

After starting his reign with a narrow 1-0 defeat at Villa Park, Redknapp led Blues to safety with a home win against Huddersfield and a final day victory at Bristol City.

In the summer, Redknapp was expected to move upstairs and hand the ropes over to his Assistant Manager Steve Cotterill.

But when ‘Arry decided he quite fancied a pop at the job himself, he was handed a one year deal.

A slow start to the season led to Redknapp’s criticism of the squad and the club’s lack of trasnfer activity. A flurry of new signings on transfer deadline day was meant to be greeted as a new dawn for Birmingham City.

Many of the new players failed to deliver and Redknapp was becoming edgy. Eventually, he was sacked. One theory suggests that his dismissal wasn’t purely results based with many sighting his lack of attendance at Wast Hills as a factor.

After Lee Carsley taking temporary charge, Steve Cotterill was appointed back in October. His first game was an impressive 1-0 win at home to table toppers Cardiff City. But from then on, he seemed to be stuck in a rut.

Blues managed to propel themsleves away from danger with four wins in six shortly after Christmas but they were soon back to their losing habit.

Despite being promised a transfer kitty, January came and went without new blood – one defence of Cotterill’s reign.

But from playing one striker up front against struggling teams and playing players out of position to his pass-the-buck attitude – even blaming the fans for a defeat at home to Barnsley – Cotterill was evidently dangerously out of his depth. My biggest criticism of him is his stubborn reluctnace to make changes. Waiting for the second goal to be conceded at Villa Park before bringing on another attacker was criminal.

His relationship with the fans had turned toxic and there was no way back. He was sacked after a 2-1 defeat at Nottingham Forest – Blues’ fifth successive Championship loss.