Birmingham City: survival will be tough but achievable 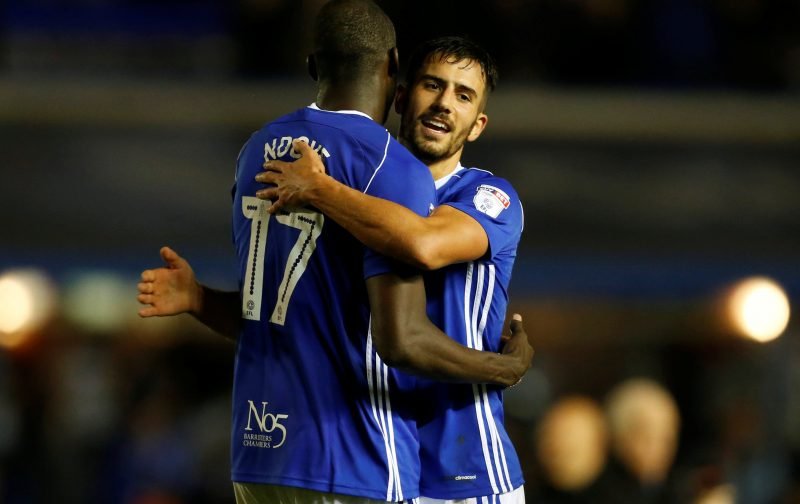 Birmingham City have had it tough in the last few seasons, but with this season starting with so much optimism, it is hard to understand why the 2017/18 season has worked out the way it has. Blues find themselves 20th in the Championship, with only 4 games left of the season.

Unfortunately, Blues are in a situation where we are keeping one eye on the teams around us. In an ideal world, we would be safe or pushing for promotion, which is what the majority of us fans assumed would be the case when Harry Redknapp was at the helm in August.

Our next fixture is arguably the toughest fixture the Blues have played so far. Wolverhampton Wanderers away is always difficult, but it makes it even more so as Wolves could achieve automatic promotion if they come out of the match victorious. However, the Blues players have come out and said they are absolutely up for the game and don’t want Wolves celebrating promotion right under our noses. The rivalry and hatred between both clubs could actually be enough to springboard the Blues back, and we may be able to end the season on a high. Realistically, I think Wolves will win this game, but I really hope they don’t. I would predict 3-1 Wolves.

The next home fixture is against Sheffield United. The Blades have had an absolutely outstanding season after being promoted from League 1 last season. What is interesting about the Blades is their sense of togetherness. Always, they want to do their best and there is never a time when you sense they don’t want to play. Their team isn’t the most expensive with a lot of average players or so some may think. But this has meant that the group really gelled together well and they really do fight for manager Chris Wilder. However, Sheffield United, as it stands, are 9th in the Championship and only 3 points behind Millwall who sit in 6th, the final play-off place. Blues are really going to have to fight in this game, because United are still in with a chance of a play-off position. Saying that, Blues have won games in their darkest times against teams like Cardiff, so I wouldn’t put it past us. My prediction is 2-1 to the Blues.

QPR away. They have nothing left to play for this season, but that did not stop them going on a rampage against Sheffield Wednesday, scoring 3 goals inside the first 15 minutes. This shows that the R’s do have it in them to get a result, but whether Blues’ fight to stay up will be stronger is yet to be seen. QPR are a confusing team; a lot of the time, their performances are lacklustre, but sometimes they show what they really are capable of. If they played the way they did against Wednesday every week, they would be a tough team to come across. I am unsure about how the game will turn out, because we will be fighting hard but QPR may have one of their good games. Optimistically, I am going to go for 1-0 Blues.

Our final match. Fulham at home. Our last chance to get something, to boost us up the table. Whether it will be too late by then is difficult to tell, as like I said before, because if the teams around us win and we lose, we could drop into the relegation zone. It is that simple. If we do not win our games, it is likely we will go down. Fulham have had an incredible season. They are formidable, and currently are in the automatic promotion places, one place ahead of Cardiff, so it is likely that they will be pushing for as many points possible to secure that automatic promotion place. That makes things even more difficult for us, as this is a game that I am genuinely worried about. This is not a game we can rely on to get points. Saying that we have lots of tough fixtures from now until the end of the season. We cannot assume we will get points from any game; most fans thought we would win against Burton, and we should have, however, this is football and it doesn’t work out like that. Unfortunately, I do think Fulham will win this game, even with the boisterous St Andrews atmosphere that will be there that day. I am going for 3-1 Fulham.

Our season is nearly over and it is not looking bright. We are reliant on the teams around us to fail so we can succeed. This is not a great predicament to be in, but it is what it is. Now, we have to fight, give it our all and show these teams that Birmingham City has heart, pride and soul and that we can do it.

We will stay up. I hope.