It wouldn’t be as glamourous a move as some of the other moves that have been mentioned.

But it does just give a little bit of an indication that his time at the club could be over sooner rather than later, not that I want that to be the case of course.

I have spoken before about Bellingham’s future when the previous reports have come in, and my point remains the same, there needs to be some level of clarity surrounding his future before I can truly feel comfortable with how the club are managing him.

As Sam Wallace points out in a recent piece for The Telegraph, Bellingham can’t sign a professional contract until he is 17, which is in June. However, that shouldn’t be the end of the matter as far as the club is concerned.

Not only do they need to block incoming calls, as Brian Dick puts it, if they really want to give a signal of what they intend to do, then they need to give him a pre-contract agreement that will at least send a signal to the clubs that are after him that they’ll either have to pay through the teeth for him, or it will send a rather stern message that will hopefully put off a few of the bigger clubs from coming after him.

Whatever way the club decide to go about this, they need to make sure that they do it early because at the very least it gives them a lot more leeway when it comes to how they deal with his future.

Would you begrudge Bellingham a 'big money' move? 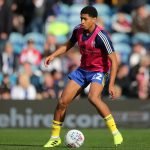 Much rather that than sell him on transfer deadline day and not have enough time to bring in his replacement.