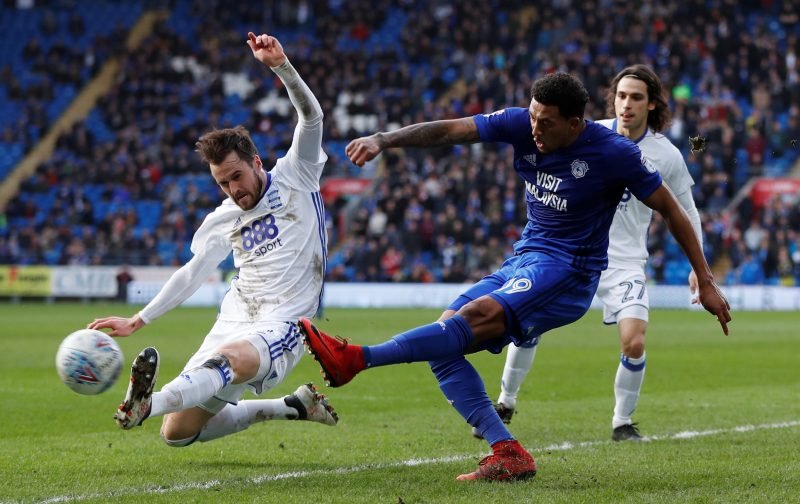 The club signed five players on loan in the summer, and it must be said it hasn’t really worked out for any of them.

With the season now over, and with the players returning to their parent clubs after ending their loan spells, I’ve gone into a bit more detail as to where things have gone wrong for them:

The Arsenal full-back was impressive when speaking after his loan move from Arsenal but that was as good as it got. The dislocated shoulder against Reading certainly didn’t help matters, but on his return to fitness, he performed poorly.

It was no coincidence that he featured in six of the seven consecutive defeats we suffered between February and March, and he was justifiably hauled off at half-time by Garry Monk against Cardiff, never to be seen again. A very disappointing signing.

Probably the best of the bunch, the Southampton striker had impressed on loan at Blackburn the season before, but he was in and out of the starting line up for most of the campaign.

It didn’t help that Steve Cotterill tried to use him as a left winger at times when he is clearly suited only to a central role. He had a purple patch in January when he was given a run in the side, although he was also leading the line throughout the losing streak that cost the manager his job.

His wages were reportedly astronomical as well, and for a return of seven goals, it certainly hasn’t been value for money.

A risk to begin with. The 22-year old hadn’t experienced a minute of senior league football prior to his switch from the Gunners, and it showed. Going from Hednesford Town to Arsenal Under 23s, and then to the Championship has meant it’s been a rollercoaster ride for the left-back.

Jonathan Grounds’ injury gave him the opportunity to impress but when he started against Brentford, we were on the receiving end of a 5-0 hammering. He got a brief substitute appearance in the next game against Barnsley but that was it.

The Ivorian came with a lot of promise after having started Chelsea’s first league game of the season against Burnley. However, he never really nailed down a place in the side despite featuring under all three managers this season.

Mostly used on the left wing, he also was utilised up front and on the right-hand side. At 21, it’s clear he is still learning the game, but I expected more end product than the two goals and three assists he ended up with.

The signing from Everton was here and gone in a blink of an eye. It’s harsh to give the youngster too much criticism. He was given three games to impress, and looked good in periods in the capitulation against Preston, but it was not the right time to bed in a young player.

The team as a whole was struggling, and neither Redknapp nor Cotterill were prepared to give him game time, and favoured more experienced players. However, his subsequent lack of action after moving to Bristol City suggests he just isn’t ready for the Championship.