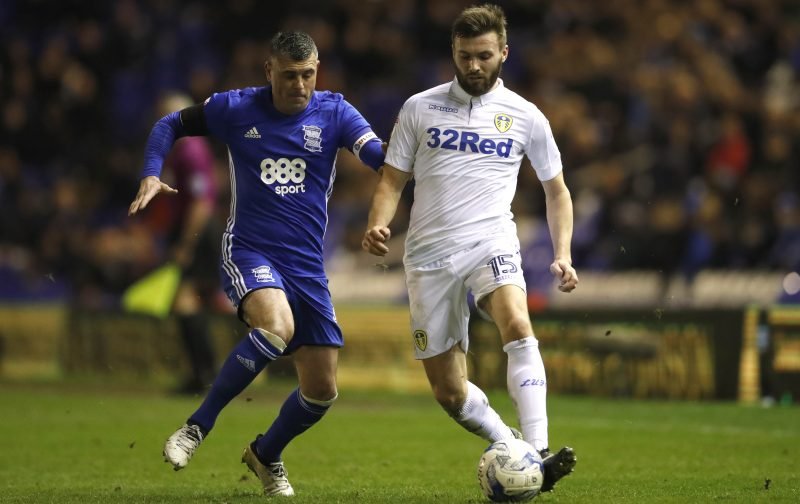 Paul Robinson has announced he will be retiring at the end of the season. The defender has been at St Andrews since 2012 despite only being given an initial month-to-month contract when he arrived.

“It’s going to be an emotional last few days training leading up to the final game Sunday on a professional level!Hanging them boots up will be hard but I’ve earned every tear that will fall saying goodbye.”

“I would like to take this opportunity now to say a massive thank you to @bcfcofficial for what was originally month/month contracts which ending up being 7 great years, I’m forever grateful.”

“It’s been an honour being given the responsibility to Captain this great club over the years and to wear this shirt with pride & passion.”

“Thank you to the owners, the directors, all the players, the manager and his staff, the staff behind the scenes at the training ground who don’t get the recognition they deserve for all their hard work and finally to all the bluenose fans who have accepted me, accepted me for who I am, the 100% effort I have given and what I have tried to bring to this team on/off the pitch, it’s very much appreciated and I can’t thank you enough.”

Understandably, the reaction on Twitter from Birmingham fans was heartfelt:

Thank you for everything you've done for this wonderful club, you will be missed by the players and of course the fans. KRO Robbo! #bcfc

Thank you for everything Robbo! One player us blue noses can say, 'he always gave 110% ever game' huge part of the blues. Thankyou Robbo! Keep Right On! #BCFC ????

You absolute legend Robbo.. Thank you for all the years ????⚽ #BCFC #KRO

Robbo thx for all that you’ve done for the club and the fans. Shown what true passion and commitment is and what it means to wear the shirt. U will be sorely missed. Wishing u all the best for the future & let’s hope it starts with a win Sunday ????????????⚪️ #bcfc #kro #trueleader

If our eleven on Sunday have PRs pride and passion then we can asked fo no more ????KRO????

@Robbo04pr Captain my Captain, Always. Hate that you are going but wish you lots of love and happiness. Don't be a stranger. KRO & thanks xx

And to think he broke Damien Johnson’s jaw, and revelled in his status as a hard man in the WBA Blues games afterwards.
And now he’s a Genuine Blue hero ( no irony intended) , funny old game.

@Robbo04pr Good luck Robbo in whatever you choose to do…we have one more task though.

Robbo was seemingly at the end of his career when he was signed by Lee Clark. He had been training with MLS side Toronto FC after being released by Bolton. An injury crisis, however, gave him another shot with the Blues, and he never looked back.

174 appearances later, playing mostly as a centre back, or if needed at left back, and he’s leaving his playing days behind after six campaigns. He is turning 40 at the end of the year so it seems a good time for him to bow out.