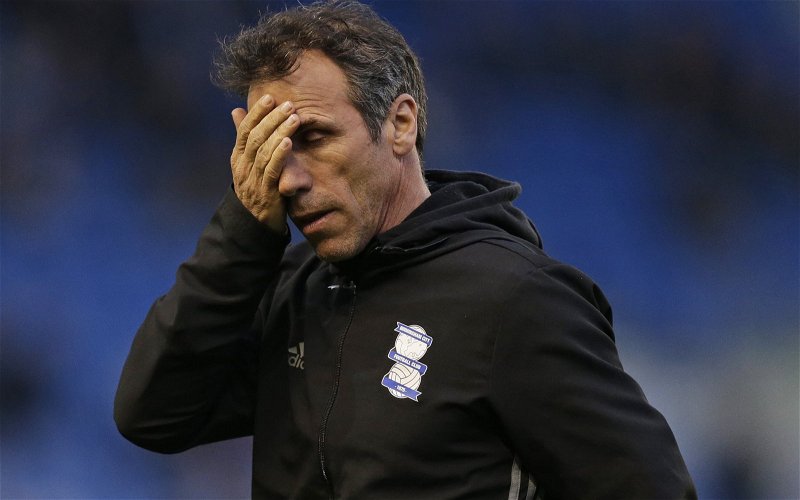 Lots of Birmingham City fans have been reminiscing about a certain former boss after the club posted some flashback footage on social media.

It was certainly an eventful night, just a shame it couldn’t lead to a change of momentum at the time. The club decided to show some footage of a rather memorable victory over midlands rivals Wolves back in the 2016/17 season. It was the last game we would win under then boss Gianfranco Zola, before he left the club just a few months later.

Goals from Maikel Kieftenbeld and David Davis were enough to get us the win that night as we finished with ten men following Paul Robinson was sent off early in the second half.

Were you a fan of Zola when he was with the Blues? 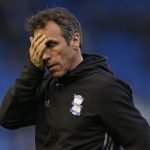 And whislt some used the tweet as a chance to praise the team’s performance that night, there were some fans on Twitter decided to use it as a chance to discuss the overall reign of the Italian, with the comments being not entirely complimentary.

I did completely wipe Zolas existence as blues manager out of my mind until this #bcfc https://t.co/NrzP9oF7DA

This was such a weird squad, Dacres Cogley as part of a back 3, Nsue as a wing back who couldn’t attack nor defend, Tesche in the middle, Keita actually looked decent. Mad era for us https://t.co/8bwYftmCdv

I remember how desperate I was for Zola to succeed because I loved having a big name associated with the club but apart from this night the man was an absolute failure and his stint at blues has seemingly ended his managerial career https://t.co/dmnB9sWgKT

The scenes in the away end that night were on a different level https://t.co/GBAzRXssQ5

What an away day this was👀 https://t.co/PVhGDzsDJb

Amazing game. Interested to find out whether kief is the only player in that team that still starts for us https://t.co/ZY2ws1ADh3

What were your thoughts of the Zola reign?