Another dive into the archives it is then.

The Blues revealed on social media that they have released the footage of all of our goals from the 2004/05 campaign on BluesTV, more than likely as a way for fans to get some kind of football kick whilst they wait for the real thing to come back. That is of course if it does come back at all.

It was a bit of a so-so year for the Blues, as we finished comfortably in mid-table and had some pretty impressive results along the way.

Are you still a fan of Steve Bruce? 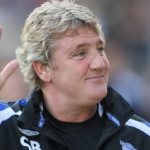 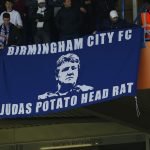 And when the club announced the news, there was plenty of reaction from the fans on Twitter, with some commenting on the season itself and others discussing the various players that we had at our disposal at the time.

"hesitation at the back from Arsenal!" now where do I hear that again?? 😉

Such a meh season after that 03/04 campaign

Gave up in the second season

Lovely end to the season, got in the big purchase of the Pandiani shirt after this. Beginning my long run of getting a player on the shirt, only for them to leave soon afterwards! https://t.co/hnx0fhE2KF

Meanwhile one fan’s attention was focused solely on two specific games that they were going to be watching intently, and I honestly can’t blame him for that.

What were your abiding memories of that campaign?