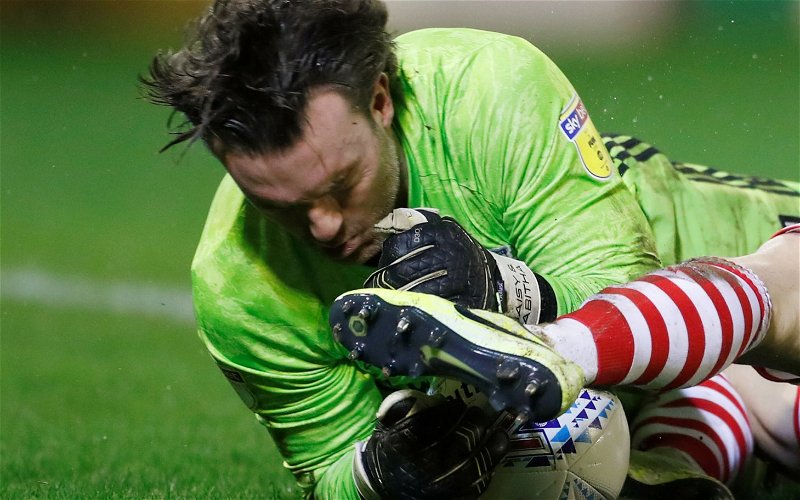 I’m not sure if this is quite the sentence you want to use.

Can you really keep someone ‘in the game’ when you let in three goals? If it was a 1-1 and he was making saves at 1-0, I’d kind of understand, but when you get into this kind of territory it just gets a little bit dodgy, but that’s semantics, nothing to make a big deal out of.

Although it’s still a lot better than what he has been like in previous weeks, so I guess I can’t stay too mad at him in the grand scheme of things. One of the main reasons, according to some people anyway that the Blues were able to rescue a point on the weekend was because of the performance of Lee Camp in between the sticks.

Camp was only called upon to make two saves, but they were both deemed crucial enough to earn him praise from both the Birmingham City social media team, as well as a number of fans on Twitter.

Dropping him is one of the best things Pep has done, come back 10x stronger

Shutting up some off the haters #upthecamp

Been brilliant since he came back I think dropping him did him the world of good but I think we should of brought him back earlier.

shame he couldn’t of saved the penalty

I have a theory, since he came back he’s ditched the topknot and let his locks flow free.
A sort of Samson effect if you will.
💙

With his contract running out in the summer, we don’t have long left to ‘enjoy’ him at St Andrew’s (If you do enjoy him at all), so we best make the most of it.