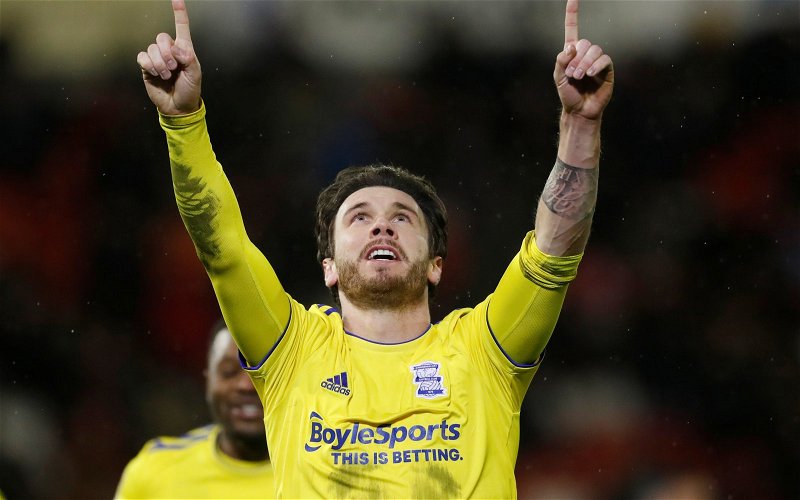 These Blues fans have been discussing the future of Scott Hogan.

And given the form that he’s on right now, and seeing as the rest of the squad aren’t exactly pulling up trees when it comes to putting the ball in the back of the net since he’s joined the club, it’s not as if there’s a lot else going on for them to talk about.

And it’s that run of form that has got a number of fans starting to feel a little bit anxious about whether or not the club will be able to keep hold of him in the summer.

Will Hogan be a Blue next year?

Sparked off by a tweet from @tpfo_football in which he felt like an Aston Villa relegation would be the death knell for Hogan’s time at St Andrew’s, it left a number of fans talking about the relevant finances that would be involved in a deal like this.

If Villa go down I’m pretty confident that they wouldn’t sell Hogan to Blues. There is also no way that Villa fans would accept him back into the first team squad, he’d probably be in limbo for a few months

If they come down which i defo think they will after yesterday,they won’t be able to hold him in limbo,they will be in financial mess and will need to sell and raise funds immediately

They will, they will just slap a ridiculous price tag on his head

His joining us mate

There’ll be loads of other Champ clubs after him though

He seems to be a straight talking footballer, it’s so important for him to be happy and at the moment he is with us.
We can push on with him and Jukey up top next year and if he realises that. Why not. KRO 🤞🏼

Let’s just hope that our finances don’t get in the way of things.