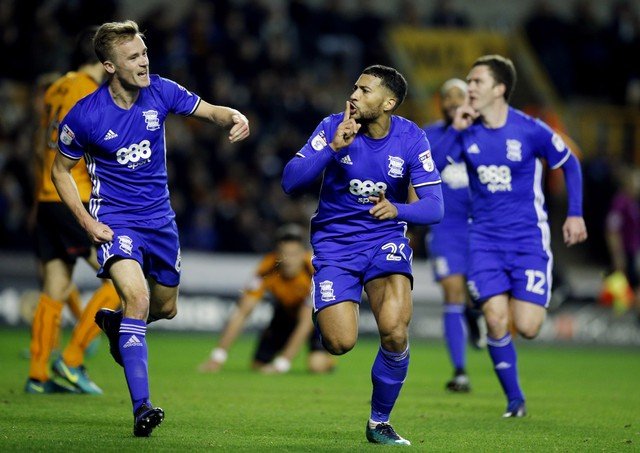 The decision to give David Davis a new deal pretty much came out of the blue. After all, Digga’s original deal was set to end in two years time, and while an extension was likely to be in the pipeline at some point, the decision to give him one now suggests Garry Monk is already making his plans for the longer term.

I have read some fans on Twitter stating that the new contract for the 27-year-old smacked of a lack of ambition. They feel that although he is a hard grafter in the middle of the park, he isn’t that gifted on the ball. The argument goes that if we are to rise up the Championship next campaign, better players are needed.

However, it’s clear that Monk sees things very differently. Davis played in nine of the manager’s eleven games in charge during the run-in. He missed out on the other two matches due to injury and came as a substitute on his return against Hull City.

It’s clear our no.26 will continue to play a key role for the Blues. I could be wrong and it could be pure speculation on my part, but for me, this suggests we will be sticking with the 4-4-2 formation next season. It is a system that got us results in the last couple of months, and it seems likely that the boss has resolved to keep on using it.

Davis thrived in a two-man midfield. His work rate is so high that against Fulham, despite the dominance our opponents had in possession, he kept the Cottagers’ most creative players quiet for the majority of the game. The decision to keep him at St Andrews indicates he will be called on to fulfil the exact same role going forward.

In some ways, it would be surprising if we do keep with two up top. Monk has generally used 4-3-3 or 4-2-3-1 throughout his managerial career, except for a brief dalliance with the 4-4-2 at Leeds. His intention to play on the front foot has been a breath of fresh air, and perhaps he wants this positive playing style to be a cornerstone of this new era at the club.

If we do go with two in the middle, Davis will need to be partnered with a far more creative and skilful player than the options we have in the squad at the moment. With a good central midfield pairing though, the system should hold up as it did in the last two months of the season.